As we usher in the new year, we’d like to take a moment to recognize ICRW’s top ten successes from 2018, as selected by our staff.  We have a lot to celebrate as we head into 2019, and we look forward to the road ahead and the relationships we continue to build. Thank you for your support in helping us advance our critically important work.

1. IKEA Foundation awards ICRW grant to empower girls to end child marriage
With this major new grant, ICRW will set two project objectives in motion: 1.) Reduce the prevalence of child marriage in some of the highest prevalence districts in Jharkhand where the tradition continues to thrive; and 2.) Advocate for policy change in order to ensure efforts to reduce child marriage are supported and sustained from the government down to the community level. This includes recent work on a project called UMANG. Watch the video below.

2. ICRW leadership recognized around the world

3. Costs of sex-based harassment
In 2018, ICRW Advisors developed a framework to help organizations better understand the hidden costs of sex-based harassment. From that framework, we have developed diagnostic tools that will help businesses transform workplace culture and foster gender equity. Our efforts in this are growing as we look to practical solutions for tackling the gender inequity that underlies #MeToo and #TimesUp and how they play a role in the workplace. 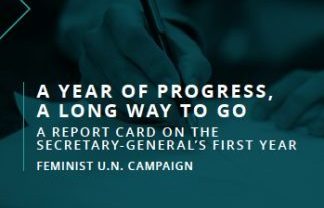 4. First year report card on the U.N. Secretary-General
When he was elected, U.N. Secretary-General António Guterres invited the feminist community to hold him to account for his promises to advance feminist transformation at the United Nations. In response, at the end of his first year in office, the Feminist U.N. Campaign conducted a rigorous progress assessment, capturing feedback from academics, feminist civil society, U.N. staff and watchers around the world. Our report card measures progress against a feminist vision for change.

6. Intimate partner violence
In 2018, ICRW’s Asia Regional Office released a series of publications reporting on the results of creative community and health-service interventions for addressing intimate partner violence. These interventions delved into the roles of the health sector and women’s collectives and yielded promising new opportunities for programs and policies to help women in abusive relationships.

7. Women’s Entrepreneurship & Economic Empowerment (WEEE) Act
After founding CWEEE (Coalition for Women’s Economic Empowerment and Equality) with CARE USA, Human Rights Watch and FHI 360, ICRW helped draft and secure House passage of legislation to expand investments in WEEE in U.S. foreign assistance. On December 21, 2018, the reconciled bill was approved and sent to the White House for the President’s signature. 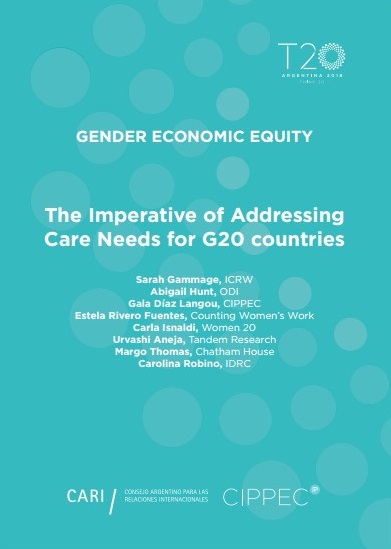 8. Thought leadership for gender equity in G7 and G20
In 2018, ICRW’s involvement in the G7 and G20 processes has grown. Lyric Thompson participated in the G7’s women’s stakeholder meeting, Sarah Gammage played a lead role in developing the T20 policy brief on care (The Imperative of Addressing Care Needs for G20 Countries) and Sarah Kambou took part in a panel discussion at T20 Argentina.

We could not have achieved these top ten moments without the support of people like you. Please consider making a contribution to ICRW to help support our work in 2018. 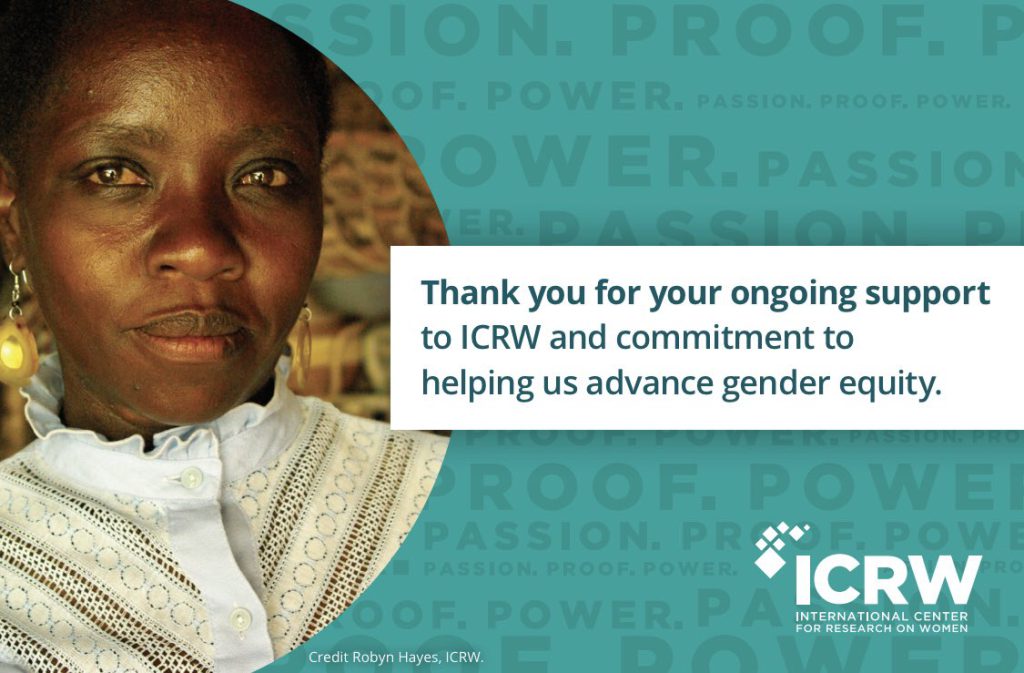