ICRW applauds the final passage of the Women’s Entrepreneurship and 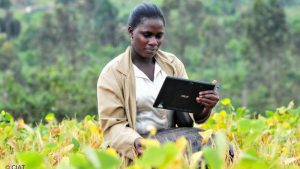 Economic Empowerment (WEEE) Act of 2018, which sailed through the Senate on Wednesday. The WEEE Act affirms the importance of women’s rights—to own and control land and property, to live lives free of violence, to access the financial tools they need to start and grow businesses and to be successful economic actors. The House version of the bill was passed in July.

“The WEEE Act is remarkable for passing at a time when issues of gender equity are easily politicized and stymied in Congress,” noted ICRW President Sarah Degnan Kambou. “Leaders on both sides of the aisle, and from both sides of the Capitol, recognize that investing in women’s economic advancement is not only good for women, it is good for family, community and global economies.”

Bipartisan support has truly been a hallmark of the WEEE Act. It initially introduced by Chairman Ed Royce (R-CA) and Rep. Lois Frankel (D-FL) in the House.  In the Senate, it was picked up and shepherded by Senators John Boozman (R-AR), Ben Cardin (D-MD), Jeanne Shaheen (D-NH) and Marco Rubio (R-FL) and passed unanimously on the Senate floor.

The bill recognizes how investments in women’s entrepreneurship and financial inclusion are essential to advancing the United States’ other global development goals. It also recognizes the interconnectedness of economic advancement with other conditions in women’s lives, such as gender-based violence and unpaid care responsibilities.

“Women must have the ability to make and affect the decisions that shape their lives,” said Kambou. “Women need greater access to economic resources for women, yes, but also the realization of social rights such the right to own and dispose of property, to have identity documents, to be educated or to earn an income.”

ICRW and partners in the Coalition for Women’s Economic Empowerment and Equality (CWEEE) are optimistic that the bill will be quickly approved by the White House. The law would come ahead of an “umbrella strategy” on women’s economic empowerment from the Trump administration, anticipated early in the new year. The new strategy is expected to advance women’s entrepreneurship, workforce development and access to skills as well as support an enabling environment for women to succeed economically.

Research shows that women’s economic empowerment has benefits that ripple well beyond her earning or spending capacity. When women have access to greater resources, they have greater power to enjoy their full range of human rights, including access to health services and living lives free from violence; these outcomes contribute to healthier children and stronger families, because we know women tend to prioritize improved family livelihoods and care.