As we say goodbye to 2020, we are grateful for the opportunities to advance our work this year and the support we received in pursuit of a shared vision of gender equity.

Every December we invite staff to vote on their top moments from the year, and here are our top 10 from 2020: 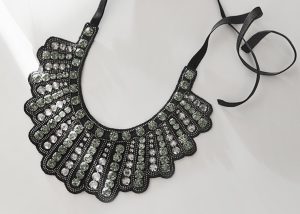 In the wake of the passing of Supreme Court Justice Ruth Bader Ginsburg, and in honor of her legacy, ICRW was thrilled to be selected to receive 100 percent of the proceeds from the reissue of Banana Republic’s Notorious Necklace. The necklace was originally sold in 2012 and worn by Justice Ginsburg as her “dissent collar.” Since 2007, ICRW has partnered with Gap, Inc., the parent company of Banana Republic, to carry out the P.A.C.E. program in support of women who work in the apparel industry. In 2016, ICRW conferred upon Justice Ginsburg  the Champions for Change Award for Vision for her unwavering commitment to women’s health, well-being and equal citizenship stature and her courageous vision for legal systems that respect the dignity of all humankind. With support from this generous donation from Banana Republic, we look forward to continuing our work ahead, honoring and embodying RBG’s commitment to gender equity.

(2) More than 70 organizations representing thousands of Americans launch a bold vision for feminist foreign policy in the United States.

Dr. Ravi Verma, Director for ICRW Asia, was appointed to a national task force convened by the Indian Council of Medical Research to identify research priorities, develop protocols and identify partners for studies to understand the socioeconomic impact of COVID-19 on families and communities. This appointment allowed ICRW to contribute directly to the pandemic response at the national level and help position a gender lens as an integral component of the response strategy. 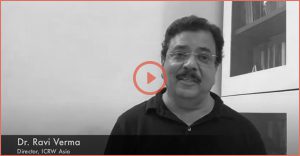 Produced in partnership with Global Health 50/50 and the African Population and Health Research Center (APHRC), ICRW helped launch a new COVID-19 Data Tracker—the world’s largest database of sex-disaggregated data on COVID-19. Through this partnership, ICRW will be investigating the roles sex and gender are playing in the outbreak, building the evidence base of what works to tackle gender disparities in health outcomes and advocating for effective gender-responsive approaches to COVID-19.

ICRW’s review of data from North Carolina marriage records revealed publicly, for the first time, that thousands of adults have been allowed to marry children in the state. This research indicates that North Carolina could be among the top US states for child marriage. ICRW also produced a synthesis of the evidence on child marriage prevalence and impact in the U.S., further highlighting the need to address the issue at the national level and combat its detrimental impacts.

(6) ICRW receives first multi-country grant to investigate the impact of COVID-19 on women working in the informal economy.

ICRW received funding from the Bill and Melinda Gates Foundation and the International Development Research Centre (IDRC) for REBUILD, a two-year research and advocacy project to explore how the COVID-19 pandemic has affected women working in the informal economy in India, Kenya and Uganda. It aims to identify policies and programs that have worked to support women who work in the informal economy and inform an inclusive recovery response that will enable all to thrive in a post-pandemic world.

Empowering adolescent girls to influence key decisions in their lives is a missing dimension in India’s development story. This year, with funding from the Ford Foundation, ICRW produced a short film called Parwaaz, which means ‘flight’, to share stories that showcase the creation of safe spaces for girls in India to enhance their agency. Watch the film here. 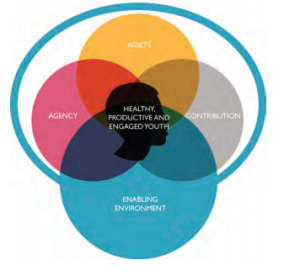 A five-year effort to strengthen the evidence base in positive youth development (PYD) has culminated in more than 160 program resources and more than 150 webinars and events—and brought about a critical shift from “why” to “how best” to engage youth as partners in development. As a core research partner with YouthPower Learning, ICRW spearheaded the research for both the Systematic Review of PYD Programs in Low- and Middle-income Countries and PYD Measurement Toolkit—two seminal works to come out of the project. In addition, ICRW led the development of a PYD Learning Agenda, which is guiding USAID and future work to advance PYD.

With support from Nike Inc., the Gender Equity Textile, Clothing and Footwear Manufacturing Resource Hub was created to identify opportunities to assess and enhance gender integration across manufacturing policies, practices and operations. It also provides guidance to suppliers and facilities on how to better integrate gender through their operations and supply chains. The tool is currently used by Nike’s strategic suppliers to help inform and improve the understanding of gender equity within their own organization.

(10) First-ever study on women in manufacturing launched in Kenya.

In partnership with the Kenya Association of Manufacturers, ICRW took an in-depth look at the context in which women participate in the country’s manufacturing sector, a key part of Kenya’s economic growth. ICRW identified the barriers women face in the predominately male-owned and staffed industry and offered a roadmap for change, emphasizing that women’s participation is crucial to heighten creativity, innovation and inclusion in the sector.

Thank you for supporting us in 2020

Please consider making a contribution to ICRW, and help us continue our work in 2021.