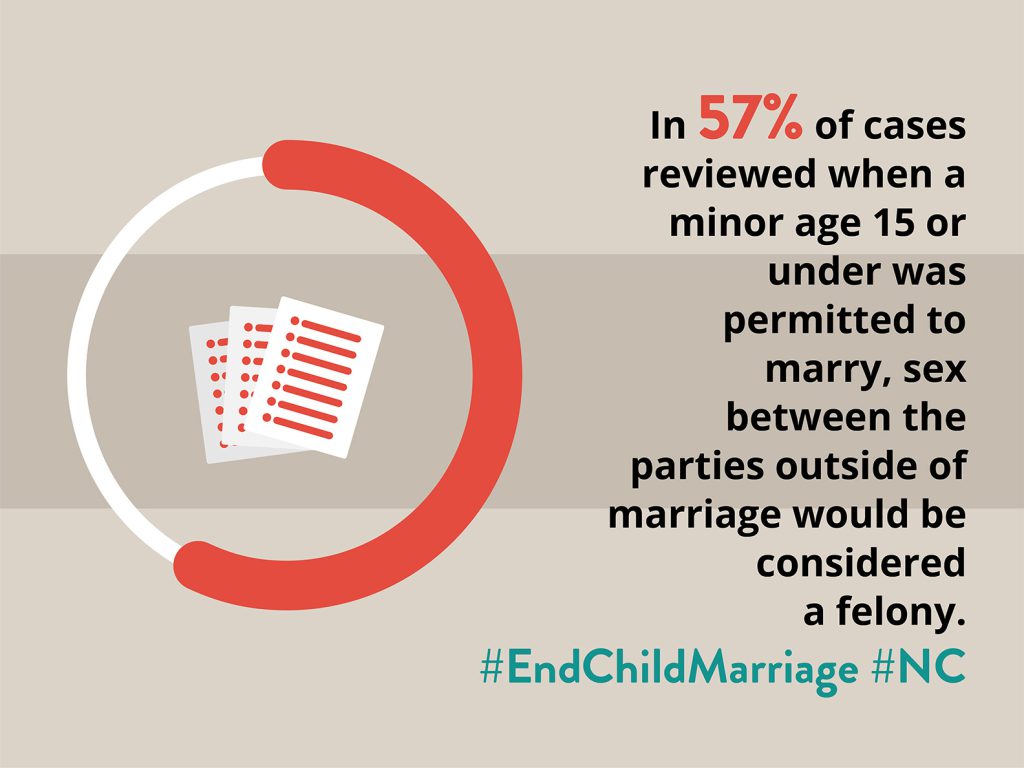 Child marriage—a marriage in which at least one of the parties is under 18 years old—persists across the United States, and in light of mounting evidence of harm, many states have moved to address the issue. Yet legal loopholes and lack of data on prevalence and impacts of the practice continue to leave young girls vulnerable.

Prior to this analysis, North Carolina was tied with Alaska for the lowest legal age set by statute at which children can marry (14 in case of pregnancy)—and one of six states where there had been no publicly available information on the rates at which children in the state marry.

Working with officials from 50 of the state’s 100 counties that voluntarily provided records, ICRW released new data that estimated North Carolina to be among the top five U.S. states in terms of numbers of child marriages. The overwhelming majority of those marriages were between a minor and an adult. And, alarmingly, 57% of marriages involving 14- and 15-year-olds involved age gaps large enough to constitute a felony offense under the state’s statutory rape laws.

Thanks to the legislative and organizing work of our partner, Tahirih Justice Center, the launch of this research was complemented by a swift and bipartisan legislative effort that resulted in the introduction of new legislation in both chambers of the state’s General Assembly. The bill to increase the age of marriage to 18 was met with significant political pushback—and the compromise package that was ultimately signed landed at age 16.

While legislative efforts fell short of 18 as a minimum (which only four states have accomplished), this important win help ensure that more children will be protected from the human rights abuse of child marriage.

Working with officials from 50 of the state’s 100 counties that voluntarily provided records, ICRW can now, for the first time, provide a picture of how many children are marrying in the state, and implications for their rights, health, safety and economic prospects.

In North Carolina, there is an antiquated “pregnancy exception,” which applies only to 14- and 15-year-olds, wherein marriage is permitted in cases of pregnancy. Based on our evidence and analysis, we recommend that North Carolina statutes on marriage should be amended to ensure that children cannot be married in the state, and that exceptions for pregnancy and parental consent are eliminated.

Read the full report by clicking below. 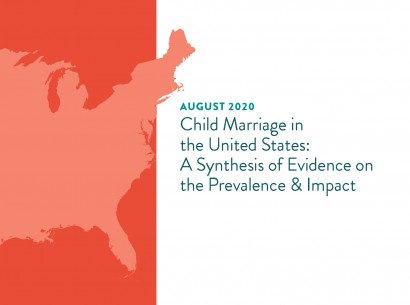 Child Marriage in the United States: A Synthesis of Evidence on the Prevalence & Impact 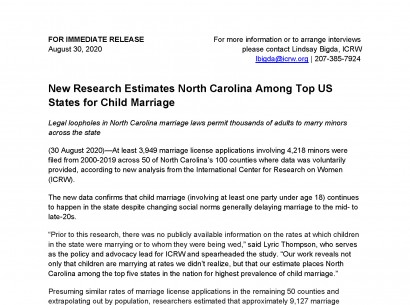 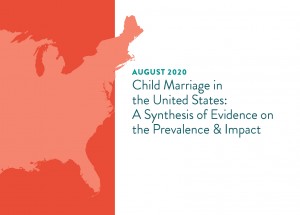 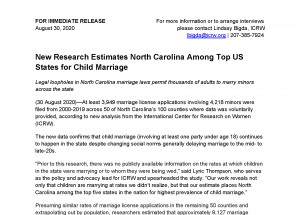 © 2020 International Center for Research on Women