Men and Masculinities, Sexual Violence, Violence Against Women and Girls

Gayle Tzemach Lemmon is a bestselling author, adjunct senior fellow at the Council on Foreign Relations Women and Foreign Policy Program, and member of ICRW’s Leadership Council. She also works in private sector roles in emerging technology for national security. Gayle, a TED forum speaker who until 2004 covered politics for ABC News, has spoken and written extensively on topics including national security, post-conflict zones, entrepreneurship, child marriage, and equality for women and girls. She has written three books that have appeared on the New York Times Best Sellers list: The Dressmaker of Khair Khana (2011), which is about a young Afghan entrepreneur who supported her community under the Taliban; Ashley’s War: The Untold Story of a Team of Women Soldiers on the Special Ops Battlefield (2015), also set in Afghanistan; and The Daughters of Kobani, which is an account of women in the Kurdish militia who took on the Islamic State (ISIS) in Syria.

Recently, we caught up with Gayle for an interview.

Gayle, thank you for joining us today. And thank you for your staunch advocacy for gender equality and heightened humanitarian action during conflicts and security threats. Given the recent fall of the Afghan government to the Taliban immediately following the withdrawal of U.S. troops from the country, as well as the anticipated impact on women and girls in particular, your research and understanding of the intricacies of the local context in Afghanistan could not be more relevant and timely. Gayle, how do you see the situation in Afghanistan unfolding over the coming weeks and months?

GAYLE: I’ve always believed that Afghan women are truly their own most outstanding advocates for change. It was never a question of whether they would lead or would push families through very difficult times. I think the question has just been whether the world would support them.

Last time around, you had women who were running businesses, teaching Microsoft Office, who were running underground schools. And I think it really is for the world to continue to support those 18-19 million women and girls who remain in the country and who will navigate their own future now amid a backdrop that isn’t yet settled.

As we’re seeing women protesting in Afghanistan, do you think their voices will be heard? Or, will history essentially repeat itself?

GAYLE: It’s very possible that both occur, but we don’t yet know. There’s no question that they are being heard. You’re asking about them. People are covering them. Citizens of the country are out in the street, speaking out, taking enormous risk. The inclusion of women in government, inclusion of women in the economy. That’s what they’re pushing for, the right to go to work and go to school. And they’re very clear. I think whether the world stands by them is the question. But their commitment to pushing forward their own future has never been in question. 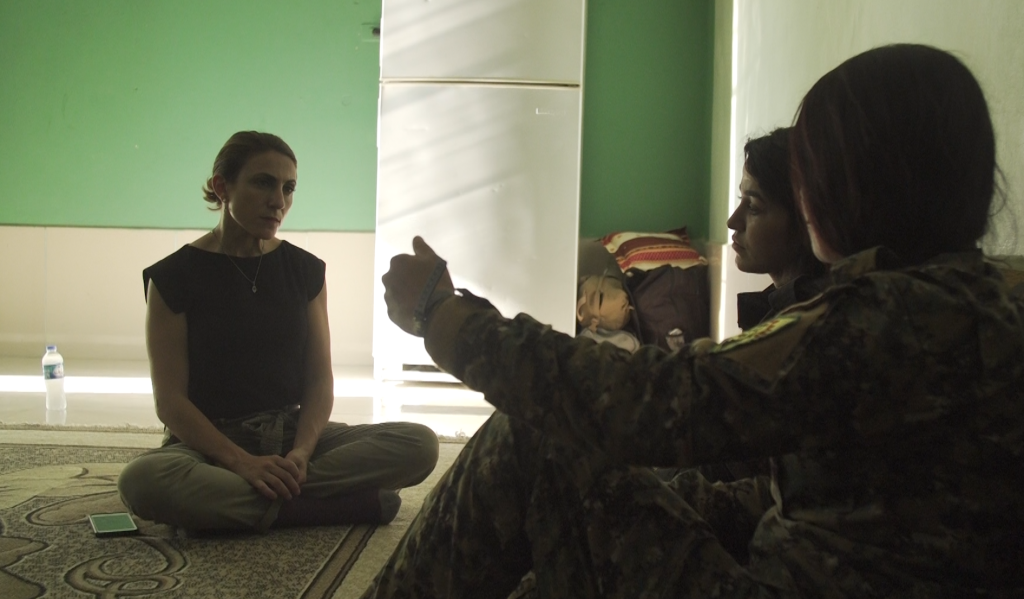 In your most recent book, The Daughters of Kobani, you delve into how an “all-women militia” in Syria took on the fight against ISIS, “a group that raped and enslaved women.” These women, with a fierce resolve, refused to be victims of ISIS and derived their strength from a sense of shared community and purpose. In fact, you told NPR in February, “I think that sense that [these women] were not doing this simply for themselves, but for women around [and] across the region and beyond, ran through everything they said to me.” Gayle, is there an example you could share from your conversations which gave you this feeling?

GAYLE: Sure. The first time, in 2017, we were there on the front lines. It was the only time I went to the front line of the fight against ISIS. This woman – this fighter – said, “We’re writing our own history now.” That always stayed with me. Their sense that they were crafting a new chapter was what motivated them, and it was also part of their ideology – which said the Kurds could not be free until women were free. And that ideology also made them a complicated partner for the United States – given NATO (North Atlantic Treaty Organization) ally Turkey’s view of the ideology that inspired them. But it never changed the fact that women felt they were fighting for more than themselves.

In Afghanistan, women and girls have made great strides the past few years, as you mentioned. However, there is a very palpable fear that with the Taliban’s resurgence, egregious human rights abuses inevitably follow and, according to United Nations Secretary-General Antonio Guterres, “the hard-won rights of Afghan girls and women being ripped away from them.” For those of us watching this unfold and asking – as nations and individuals – what can be done, what would you say?

GAYLE: First, I would talk with Afghan women directly. The organizing efforts they are already undertaking, the efforts they’re making in the country to be heard and to be seen. There is a great deal of fear, from folks I’ve talked to. But there’s also a commitment to their country. It is their country. There are local NGOs (non-governmental organizations) that will work. There are international charities that will work to support Afghan women just as they did in the 1990s.

Just letting folks know that they matter, that it matters what happens next to Afghan women and girls. You know, to really stand by and to be part of that conversation and say 'we stand with you.' I think all of those things matter. 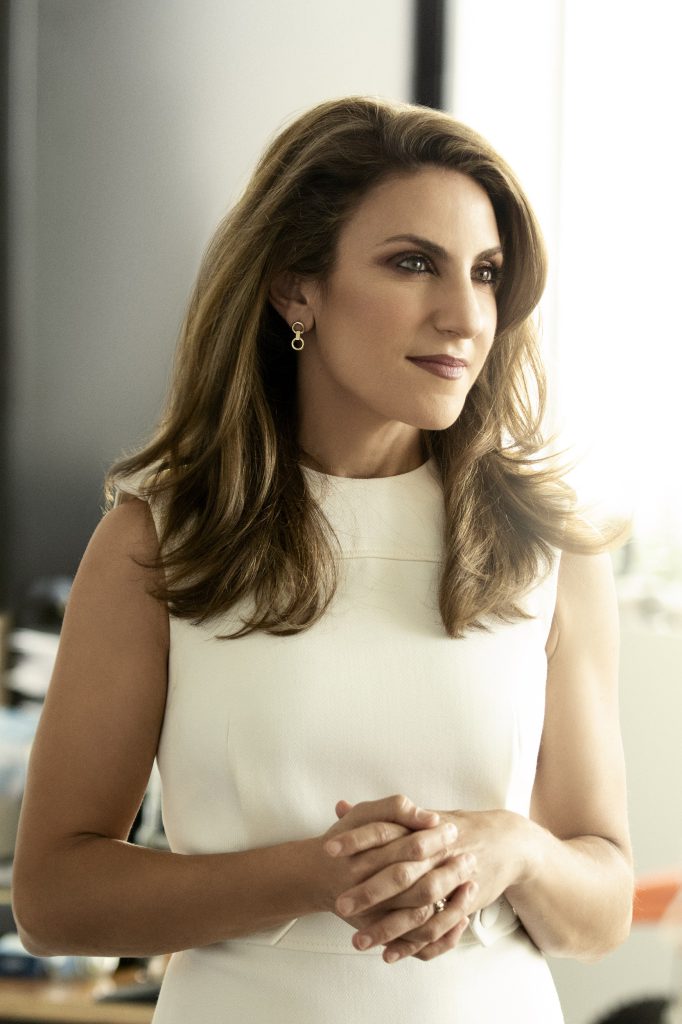 What, in your life, inspired you or set you on this path to write about the issues you do? Why are they so important to you?

GAYLE: So, I have both private sector work I do in emerging technology for national security, which is quite separate, and previous work in financial services. But in terms of the stories hat I’ve had the privilege of sharing: I grew up with a dad who was born in Iraq and became a refugee as a boy. My mother was a single mom in Prince George’s County, Maryland who worked two jobs to take care of me. She worked at the phone company during the day and sold Tupperware at night. And growing up in a community of single moms – really underestimated, undercounted from the outside – absolutely gave me an appreciation for seeing things that others don’t and counting people who often get counted out. And that became a passion of mine. It’s something I feel committed to. The underlying theme of everything I’ve had the privilege of doing is that suffocated opportunity is the enemy of global stability.

Thank you, Gayle, for covering these important topics and amplifying the voices of women and girls through your advocacy. We’ve read that Ashley’s War is currently being developed into a motion picture by Universal and that The Daughters of Kobani has been optioned by HiddenLight Productions. Congratulations! Can you tell us what’s next for you on these and other projects over the coming months?

GAYLE: You know, the big thing is that I’d like to be as much of a resource as I can for people who are both leaving Afghanistan and those staying in the country to plot their future and to navigate for themselves – what comes next for them and their families. And yes, regarding the screen adaptations: I’d love to say that everybody will read books, but you know you tell a story to try to help people see their world and to share stories of women fighting for their own futures and reshaping the rules that govern their lives – and I want it to be in front of as many people as possible. There are so many stories that connect us to our world that I think are just deeply important.

Well, hopefully, they’ll read the books before watching the movies! Gayle, I wanted to ask you: what is a question you wish to be asked that you have not yet had the opportunity to answer?

GAYLE: What do we not tell girls enough?

And what would you say to that?

Gayle, thank you so much.

GAYLE: It was my pleasure.

Visit Gayle’s website, and be sure to read her 2014 report co-authored with Lynn S. ElHarake, Child Brides, Global Consequences: How to End Child Marriage.