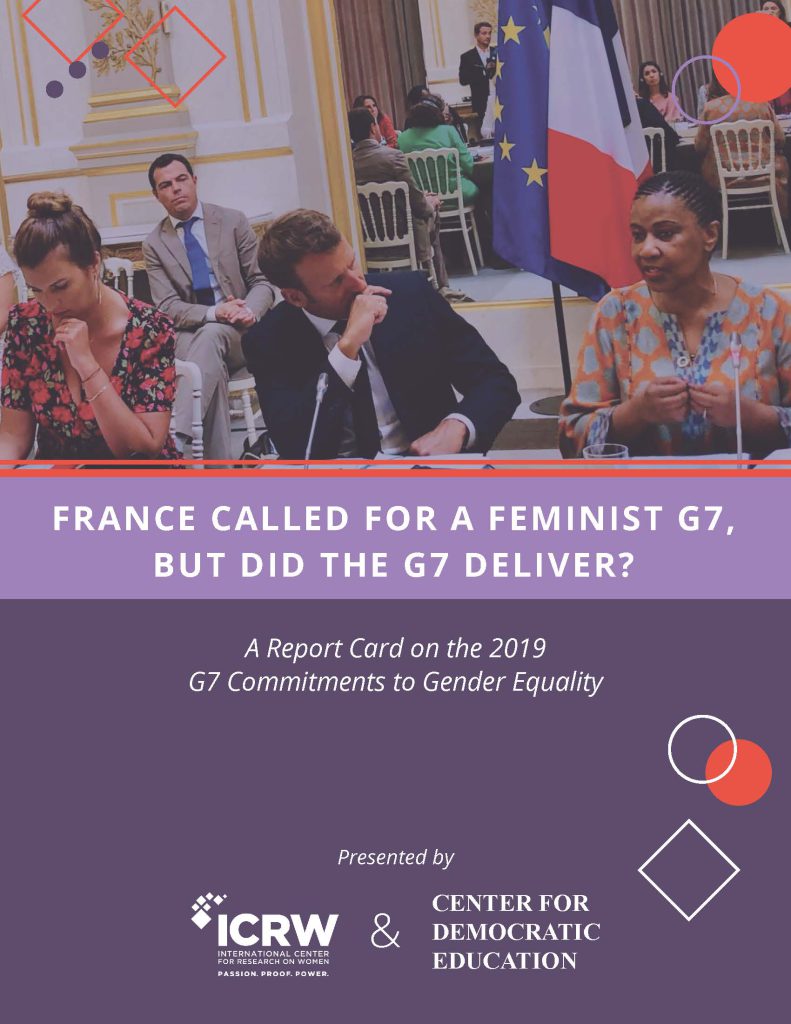 Like Canada in 2018, France has pledged to make gender equality a core priority of its 2019 G7 Presidency.  The French did honor their commitment to mainstream a focus on gender throughout the entirety of the G7 process. Indeed, the number of declarations, communiques and statements dealing with gender equality in the process is a testament to that.

France also maintained the structures for advancing gender equality in G7 discussions that were established previously: they continued the high-level Gender Equality Advisory Council tasked with advising France on specific actions the G7 should take to advance gender equality, as well as the civil society Women 7 (W7) stakeholder group.

However, while many of the G7 statements have extensive references to women’s empowerment and gender equality, these rhetorical commitments greatly outstripped the number of substantive policy commitments, funding pledges or any effort by the G7 to hold itself accountable to its promises, past or present.

This report card attempts to review and articulate the universe of G7 commitments under France’s leadership in 2019 to advance gender equality, most of which are rhetorical, but which in some cases have associated policy, funding or accountability commitments that merit attention and a push for full implementation in the months and years ahead.

For last year’s report card on how the Canadian G7 fared, please see “Canada Called for a Feminist G7: Did the G7 Deliver?”