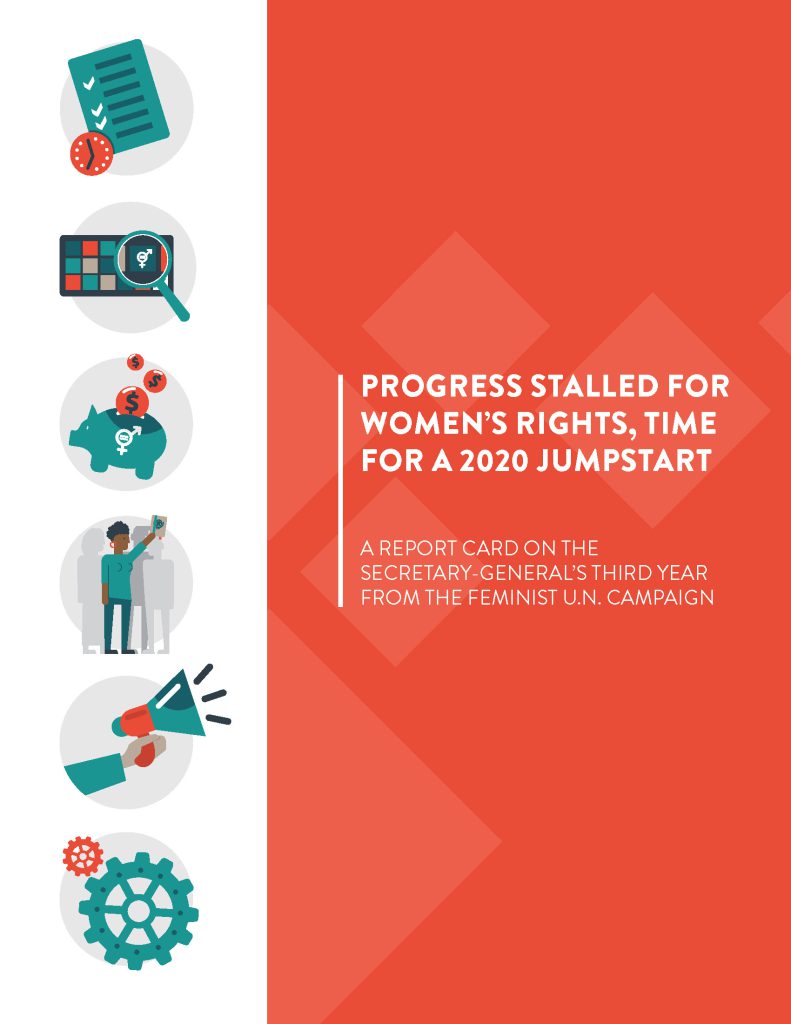 Enough time has gone by now to observe change in some areas and to critique the lack of it in others. Real efforts to transform the system, particularly when it comes to gender parity, have been implemented but are being met with backlash internally – much as we observe a larger global context of backlash when it comes to rights reversals and crackdowns on women’s human rights defenders. This larger context is a consistent theme in the Secretary-General’s speeches (the number of which focus on gender having tripled in 2019), calling for allies to “pushback against the pushback.”

In 2019, the SG’s efforts to advance financing for gender equality have occurred as the U.N. has simultaneously experienced an unprecedented financial shortfall and the institution of budget cuts and austerity measures. Progress also seems to have stalled on internal efforts to respond to sexual harassment and gender-based violence, following a number of rhetorical and policy commitments that proliferated over the course of 2018, during the height of the #MeToo and #AidToo movements. Since last year’s report card, little change has been observed in other campaign areas on the Sustainable Development Goals, support for the U.N.’s women’s rights architecture or overall freedom of information and transparency.

Overall, it has been a year of incremental progress, frustrated by larger global and institutional obstacles. The Secretary-General’s score of B- for a second year running reflects this, with minor deviations among the six evaluation areas but no measurable increase or decrease overall compared to last year.

As the Secretary-General enters the final two years of his term, with next year’s major anniversaries for the United Nations (75th) and a number of hallmark standards for women’s human rights (Beijing Declaration and Platform for Action, U.N. Security Council Resolution 1325), a reinvigoration of energy and a renewed push for progress on his established priorities and an embrace of neglected areas is desperately needed.

@International Center for Research on Women 2020