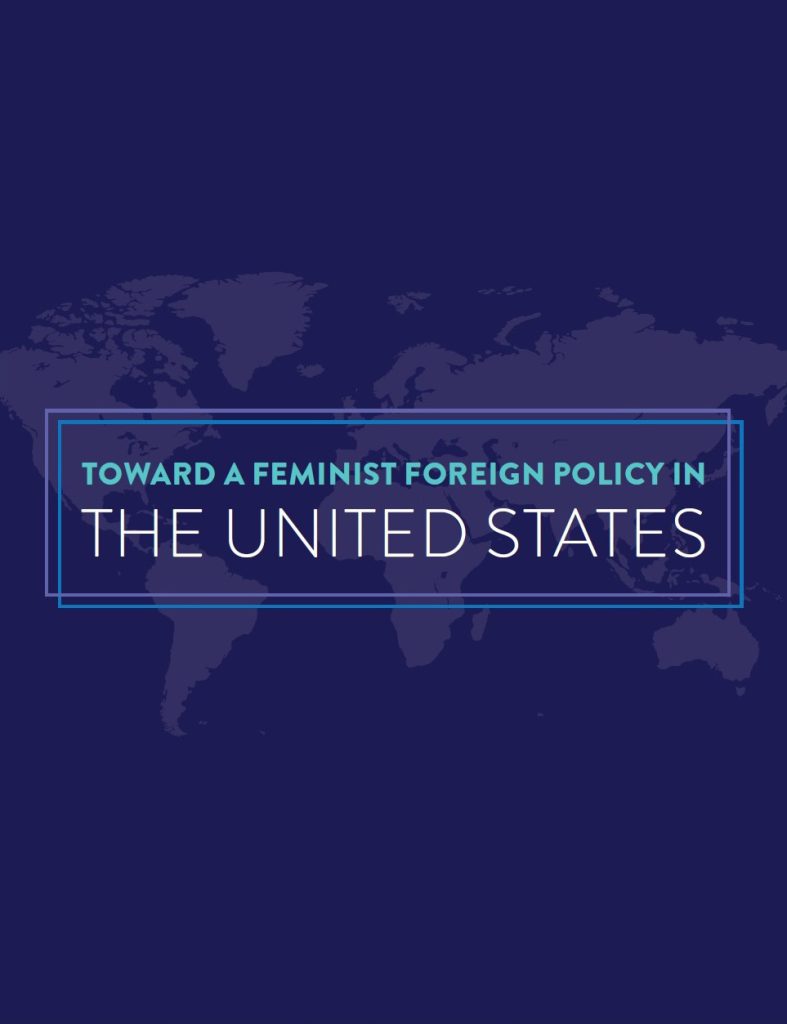 “A country’s foreign policy is a statement of its values and priorities,” said Lyric Thompson, Senior Director of Policy and Advocacy with the International Center for Research on Women (ICRW) and lead author of the report. “As the world is facing an unprecedented crisis, the time has come for a feminist foreign policy that reconceptualizes national interest in the context of global goods — people, peace and planet.”

“A Feminist Foreign Policy recognizes the critical role that diplomacy, development, and other soft powers play alongside defense in achieving our national and foreign policy goals,” said Ambassador Bonnie Jenkins, Founder and Executive Director for Women of Color Advancing Peace, Security and Conflict Transformation (WCAPS). “We must therefore continue to strengthen the important role of international institutions, respect for international law and partnerships, and show that the U.S. is a nation not alone, but among many.”

“50 groups, representing millions of everyday Americans and global leaders on topics from public health to nuclear weapons to climate change, believe it’s time for the ideas behind the label Feminist Foreign Policy to get a new look,” said Heather Hurlburt, Director of New Models for Policy Change at New America. “Why? Because it offers something Americans are hungry for — approaches that engage the world with dignity and equity, while also focusing on the needs and struggles of our everyday lives.”

The report authors assert that a feminist foreign policy defines its interactions with other states, as well as movements and other non-state actors, in a manner that prioritizes peace, gender equality and environmental integrity; enshrines, promotes, and protects the human rights of all; seeks to disrupt colonial, racist, patriarchal, and male-dominated power structures; and allocates significant resources, including research, to achieve that vision. Feminist foreign policy is coherent in its approach across all of its levers of influence, anchored by the exercise of those values at home and co-created with feminist activists, groups, and movements, at home and abroad.

“The coronavirus pandemic has changed everything – and it’s long past time that our national foreign policy priorities change to reflect the fundamentally new world that we are living in. For too long, we’ve militarized our approach to foreign policy problems and this has left us ill-equipped to tackle today’s most urgent crises: the coronavirus pandemic, climate change, and the rise of authoritarianism,” explained Serra Sippel, President of the Center for Health and Gender Equity (CHANGE). “We need a new way forward – one that prioritizes the health and human rights of people, the wellbeing of our planet, the goal of peace.” 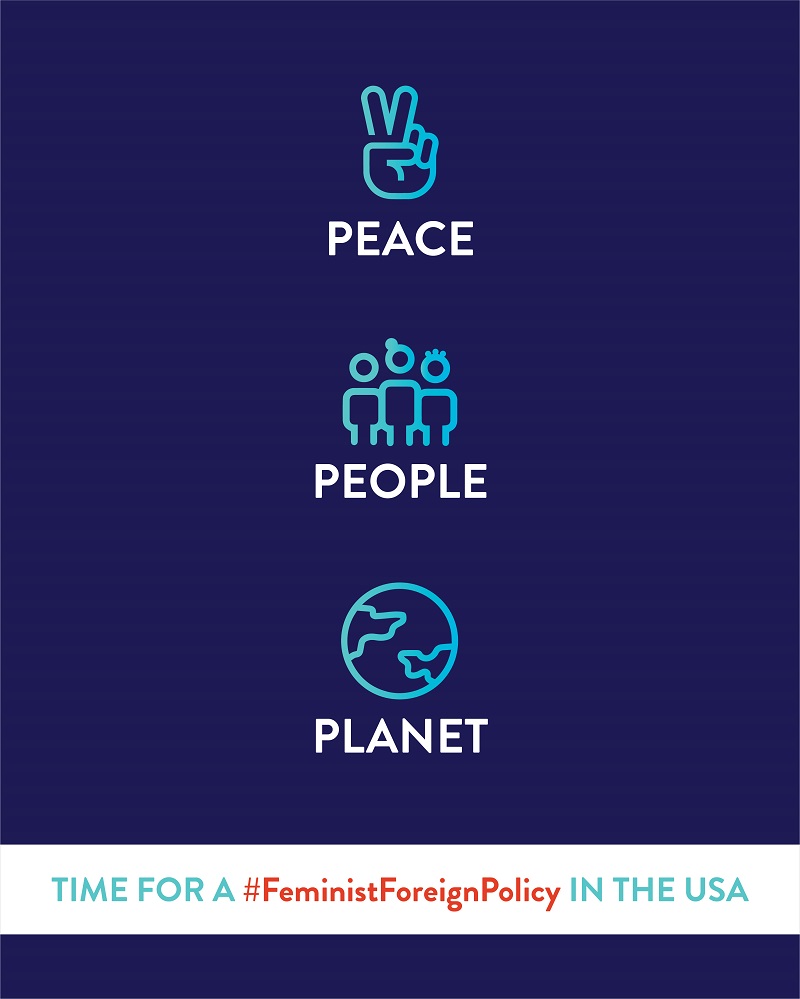 “A feminist approach can transform our foreign policy to improve how the U.S. conducts itself to redefine ‘security’ to include the ability to live life free from violence, persecution, climate impacts, and economic exploitation,” said Gawain Kripke, Policy Director at Oxfam America. “A new approach that prioritizes diplomatic solutions, international cooperation and inclusion in pursuit of progressive, rights-based goals, rejecting racism, ableism, sexism, homophobia, transphobia, and patriarchal or male-dominated systems of power; embraces a progressive, inclusive, and rights-based agenda; and values the voices of people both who face the greatest barriers to exercising their human rights and who work to change these very same systems of oppression.”

“What we propose is ultimately a long-term, blue-sky vision, but adoption of these proposals can and should start right away. A feminist foreign policy implemented by the United States would be game changing for global cooperation,” said Megan O’Donnell, Assistant Director, Gender Program and Senior Policy Analyst at the Center for Global Development (CGD). “With the launch of this proposal, we seek to provide guidance on concrete steps the United States government can take to ensure its foreign policy accelerates progress in narrowing economic, social, and legal gender gaps and in turn makes the world more peaceful, just, and inclusive.”

“Planned Parenthood Federation of America is proud to endorse a bold vision for U.S. feminist foreign policy that rightly embraces sexual and reproductive health and rights as a core principle. It reflects the central tenet of the Blueprint for Sexual and Reproductive Health, Rights, and Justice: for people to be free and equal, they must be able to control their bodies,” said Caitlin Horrigan, Director of Global Advocacy at Planned Parenthood Federation of America. “We look forward to working with diverse partners to encourage the U.S. to join other countries that have adopted feminist foreign policies.”

“As we mark the 25th anniversary of the Fourth World Conference on Women in Beijing and its resulting Declaration and Platform for Action, we collaborated in a consultative process that has delivered a vision towards the highest standard of U.S. foreign policy,” said Thompson. “Make no mistake, this would be a fundamentally different way of conducting ourselves, at home and abroad.”

ICRW is the premier applied research institute focused on women and girls. In 2016, ICRW merged with the U.S. research organization Re:Gender (formerly the National Council for Research on Women) to create a global research platform. With offices located in the United States, India, Kenya and Uganda, ICRW provides research and analysis to inform programs and policies that promote gender equality and help alleviate poverty.

WOMEN’S ECONOMIC EMPOWERMENT: The Critical Need for Investment in Education, Capacity-Building and Networks for Women-owned Enterprises