Adolescents and Youth, Men and Masculinities

Today, the Government of Rajasthan signed a Memorandum of Understanding (MoU) with the International Center for Research on Women (ICRW) to implement Gender Equity Movement in Schools (GEMS) for Boys, a school-based program focused on boys to advance gender equality and challenge masculinity norms. Rajasthan will be the first in India to implement the program across the state. 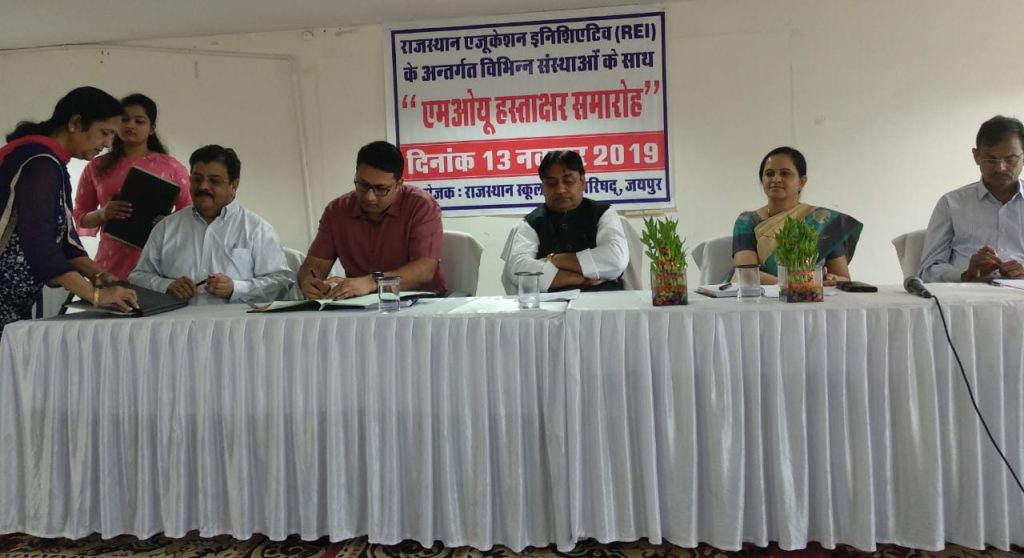 “The government is here to fully support the NGO initiatives in the sector of education and the partner NGOs should be accountable to what they commit,” said Mr. Govind Ram Dotasra, Minister of Education, Rajasthan government. “The MoU is just the first step towards the partnership.”

Research shows that schools provide the perfect platform for engaging children and enabling them to question the harmful behaviors and norms that get internalized, particularly during adolescence. It is essential to engage men and boys at an early age to ensure that they are able to reflect on and challenge such negative gender norms and stereotypes. Acknowledging this need for engagement and the significant role that schools play, the Government of Rajasthan is taking a unique step forward to address gender discrimination by signing this MoU for GEMS for Boys, which will be funded through a grant provided by the Children’s Investment Fund Foundation (CIFF).

“We are excited to support this effort to promote gender equality and help build positive norms,” said Hisham Mundol, Executive Director of CIFF India. “The goal is to make gender equality a social norm for boys during the early stages of their education, an aspirational achievement beyond their youth. We are particularly grateful for the Government of Rajasthan’s leadership to drive a more equal future for their boys and girls. We look forward to boys standing up – for girls, for themselves, and for society in general!” 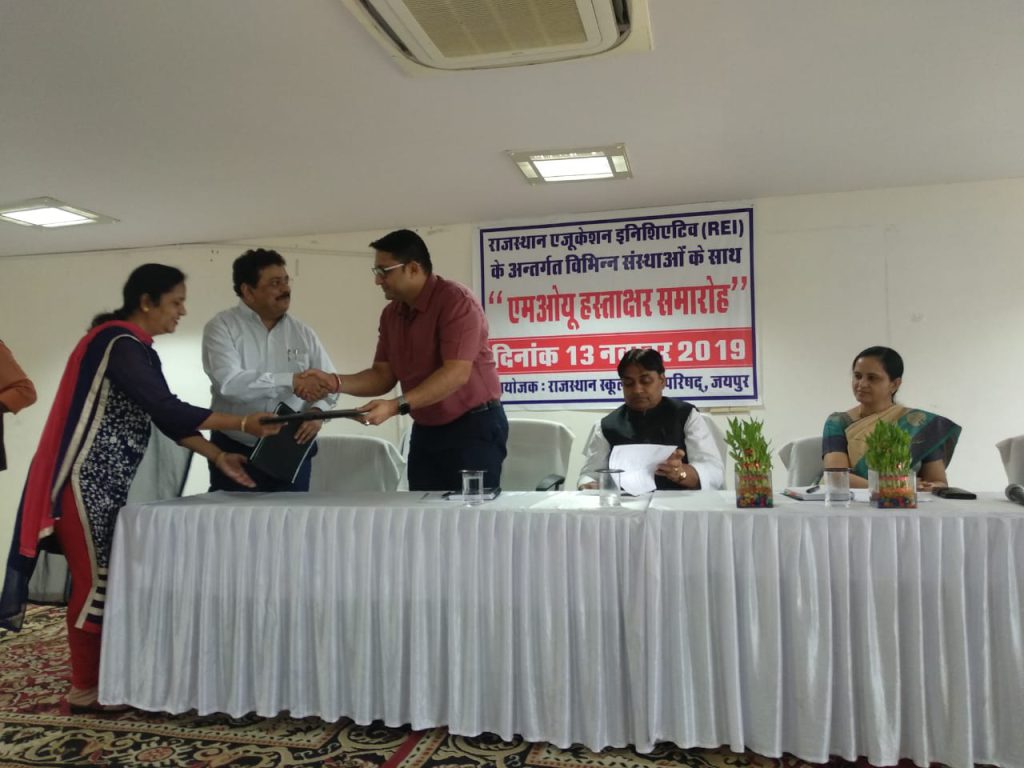 GEMS for Boys is expected to reach about 20,000 boys across 400 schools in the districts of Sirohi and Udaipur through classroom-based activities. The program will create spaces in schools for critical thinking and reflection on what it means to be a man and how ingrained ideas of masculinities can be harmful not only to girls and women but to boys and men, as well. The program will also reach 15,000 girls in schools through workshops and campaign activities that afford them the time and space to question unequal gender norms and practices. And around 55 Master Trainers and 800 teachers across districts will be trained to sustain and lead the school-based activities.

According to ICRW Asia Regional Director Ravi Verma, “Hope for creating a whole new generation of gender equitable men rests entirely on working within schools at an early age. Such programs engage with boys, their peers and teachers on the difficult subject of what it means to be a boy amid the pressures of proving oneself tough and aggressive, and pretending to be invulnerable. The program shall create safe spaces for boys to engage in critical thinking and reflections on what it takes to challenge the masculine norms and practices that harm not only others but also them.”

GEMS for Boys is being implemented under a grant provided by the Children’s Investment Fund Foundation (CIFF). The Samagra Shiksha Abhiyaan (SMSA), State Council of Education Research and Trainings (SCERTs) and the District Institute of Education and Trainings (DIETs) shall support ICRW and its partners actively in the implementation of the program. GEMS for Boys shall be implemented with the support of ICRW’s partners, Jatan Sansthan and Vikalp Sansthan in Udaipur, and by Doosra Dashak and SARD in Sirohi.