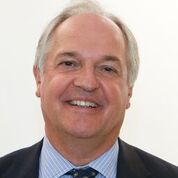 Under his leadership, Unilever set out an ambitious vision to decouple growth from its environmental footprint while increasing its positive social impact. Polman serves as Chairman of the World Business Council for Sustainable Development, a member of the International Business Council of the World Economic Forum, a member on the Board of the U.N. Global Compact and a member of the B-team and the European Resource Efficiency Platform.

Polman has been closely involved in global discussions on the Sustainable Development Goals (SDGs) and action to tackle climate change. In 2016, Polman was asked by the U.N. Secretary-General to be a member of the SDG Advocacy Group, tasked with promoting action on the 2030 Agenda. Prior to this, Polman served on the High Level Panel on the Post-2015 Development Agenda, presenting recommendation on the SDGs on behalf of the private sector.

He is also a member of the newly formed Business and Sustainable Development Commission, whose aim is to quantify the enormous rewards for companies that make the SDGs an integral part of the way they operate. In 2016, he received France’s Chevalier de la Legion d’Honneur, in recognition of his efforts in galvanizing sustainable business and for his involvement in the 2015 U.N. Climate Change Conference (COP21) in Paris.