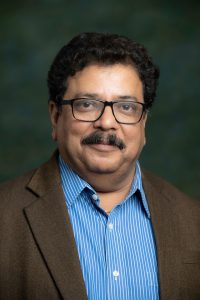 Dr. Verma has more than three decades of experience in programmatic research and evaluation in the area of family planning and reproductive health, gender mainstreaming and HIV/AIDS in India and countries throughout Asia.

He has significant experience and background in social sciences and social demography, which enables him to understand the micro and macro dimensions on the issues of men and masculinities, reproductive health, family planning, gender-based violence, HIV/AIDS and economic development. This unique combination of skills in research, as well as designing and evaluating innovative models allow him to bring to ICRW critical aspects of examining norms that are deeply embedded in human behavior and social phenomenon. He particularly enjoys mentoring and nurturing a team of young aspiring researchers.

Dr. Verma is passionate about grounding his work in gender equality with special emphasis on men and masculinities, reproductive health, HIV/AIDS and child marriage. At ICRW, he led the groundbreaking Gender Equity Movement in Schools (GEMS) program, which aimed to reduce violence and promote equitable gender norms among boys and girls ages 12-18 in Mumbai schools. The same program is been expanded in Bangladesh and Vietnam and also in other states of India. Under his guidance, ICRW adapted and evaluated a program “Coaching Boys into Men”, which aimed to reduce gender-based violence by working with men and boys through sports.

Ravi also leads ICRW’s evaluation of the Protection of Women from Domestic Violence (PWDV) Act of 2005 in India and is engaged in research on preventing child marriages in many countries in the region.

Because of his dedicated intensive work on gender issues, Dr. Verma was appointed as one of the key members of the High-Level Committee on the Status of Women by the Government of India in 2013. In the same year, he was also designated as a member of the Rights and Empowerment Working Group for Family Planning 2020, which will provide technical guidance on achieving commitments made during the 2012 London Summit on Family Planning. Dr. Verma is also serving as Chair of the Indian National Technical Resource Group on Stigma and Vice Chair of the Indian National AIDS Control, Ethics Review Committee, as well as sitting on advisory committees on the government’s response to child marriage, gender-based violence and adolescent health

Prior to joining ICRW in 2007, Ravi was a program associate with Population Council/Horizons, where he collaborated with partners to design, implement and evaluate innovative operations research projects on gender and HIV. For more than 20 years, he was a professor in the department of population policies and programs at the International Institute for Population Sciences in Mumbai, India.

Education: Dr. Verma holds a doctorate in social sciences from the Indian Institute of Technology and a master's in psychology from the University of Allahabad in India.
Languages: English, Hindi, Marathi

HIV and AIDS, Men and Masculinities, Sexual and Reproductive Health and Rights, Violence Against Women and Girls
Next:
Lyric Thompson