The Need to Invest in Adolescent Girls’ Voices Worldwide 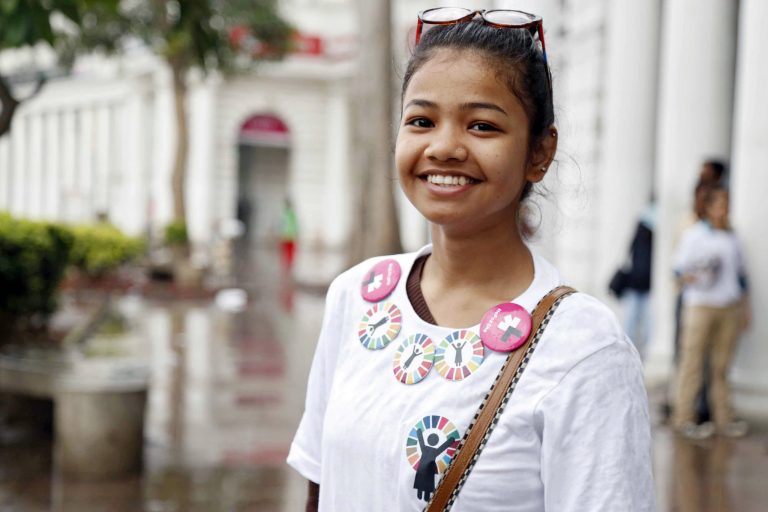 Girls can be powerful drivers of social change—yet funding that elevates them is scarce, and often doesn’t empower them to take leadership in determining their own futures. (UN Women / Creative Commons)

Investing in girls and young women is essential to creating a more just and equitable world—yet adolescent girls around the world often remain invisible, silenced and ignored. Their choices about marriage and education are frequently made for them by adults in their families and communities. Their knowledge of their own reproductive health and sexuality is limited or enveloped in taboo and myth. Their freedom to learn and earn is highly circumscribed by social norms and traditional practices that define where they can go, what they can do, who they can talk to and how they can act.

Despite indisputable evidence that investing in adolescents is critical to improving global health and development outcomes, there’s little data to be found on what bilateral and multilateral aid agencies spend on adolescents—particularly adolescent girls.

It is impossible to get a breakdown on the total amount of development funding going to youth and adolescent girls from Organization of Economic Cooperation and Development’s Development Assistance Committee data. In fact, recent analysis by the International Center for Research on Women of adolescent funding and programming highlights that it is extremely difficult to determine what percentage of Official Development Assistance funds go to adolescent programming across a number of domains like health, education, economic participation. Even UN agencies only intermittently report on funding streams and contributions to adolescent programming, with UNICEF and UNFPA being by far the largest investors in adolescent health and wellbeing.

What data we were able to uncover for a few very prominent bilateral and multilateral programs indicate that adolescents receive a significantly small proportion of development assistance. In 2015, the Global Financing Facility, in support of Every Woman Every Child, identified an ongoing financing gap for reproductive health for adolescent girls worldwide, a gap that reached $14.4 billion dollars. Although young people represent 26 percent of people in the Global South, a recent study published in the Journal of the American Medical Association found that youth health received only 1.6 percent of global development aid between 2003 and 2016.

“Considering how important young people are for the future well-being and economic development of low- and middle-income countries,” one of the authors of this study, Harvard global health and social medicine professor Chunling Lu, highlighted, “international donors need to reconsider both the levels and the patterns of investments that they are making.”

As a result of collective efforts in academic and policy circles to highlight the importance of girls’ education, some key multilateral commitments have been set in place to increase funding for adolescent girls’ education.  Between 2008 and 2015, the World Bank supported the Adolescent Girls Initiative, a public-private partnership to promote the transition of adolescent girls from school to productive employment through interventions that were tested and then scaled-up or replicated when successful. The initiative was piloted in eight countries: Afghanistan, Jordan, Lao PDR, Liberia, Haiti, Nepal, Rwanda and South Sudan.

Reflecting on these and other initiatives, the World Bank Group recently announced that they had invested $3.2 billion over the past two years in education projects benefiting adolescent girls, surpassing the April 2016 commitment to invest $2.5 billion over five years. The investments have been largely concentrated across Sub-Saharan Africa and South Asia and are helping provide adolescent girls ages 12 to 17 with access to “quality education at the secondary level, and ensuring they are enrolled in and stay in school.” 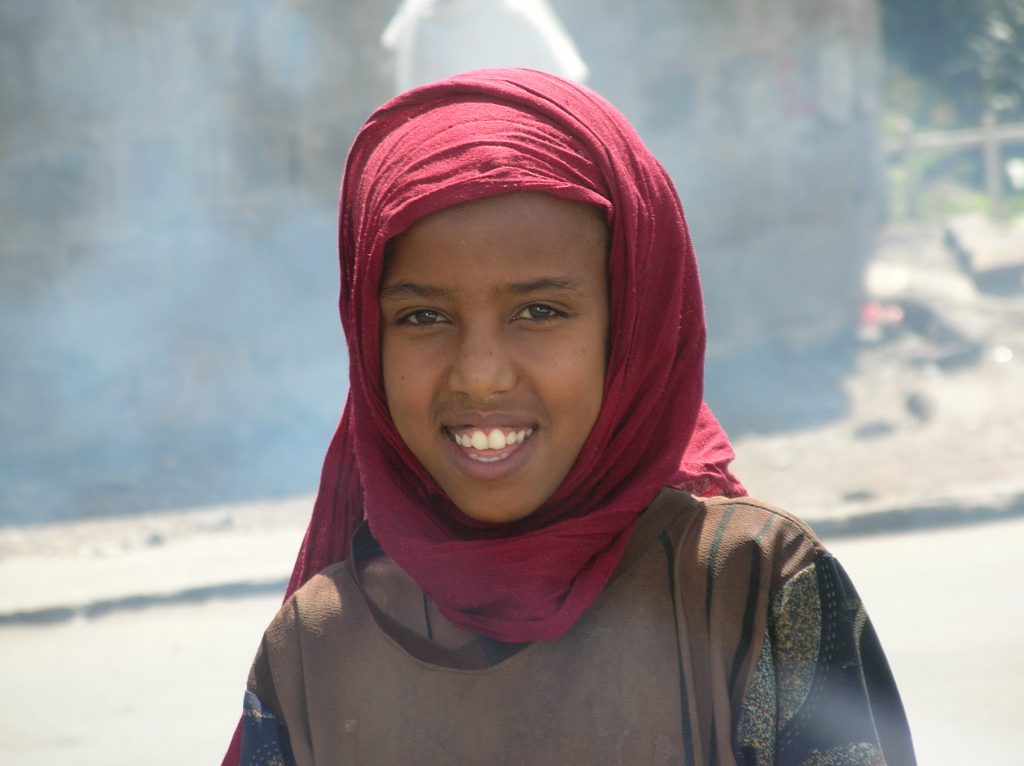 Programs like Gender and Adolescents: Global Evidence, housed at the Overseas Development Institute in the UK, provide fundamental evidence on what investments work in transforming the lives of adolescents worldwide. The Responsive Research and Evaluation Fund is one of the few funds that supports more research and inquiry into adolescence—and this year’s focus is, specifically, on voice and agency.

What is abundantly clear is that most research and programmatic funding tends to focus on adolescent girls as beneficiaries or instrumentally as key levers in achieving critical outcomes, such as lower birthrates and lower poverty rates—rather than as agents of policy and programmatic change. One group that has been aiming to change this paradigm is Rise Up, which has created a model of girl-centered advocacy and invests in girl leaders and their allies, providing them with the training, funding, resources and visibility to develop their own game-changing solutions for girls and women.

Since 2009, Rise Up’s network of over 500 civil society leaders and social entrepreneurs has advocated for over 100 laws and policies impacting 115 million people globally. The girls and allies in Rise Up’s programs advocate for sustainable social change by transforming the patriarchal norms, power structures and systems that continue to oppress and marginalize girls and women worldwide.

One recent example of Rise Up’s approach to girl-centered advocacy is a campaign that was started in 2013 to bring an end to child marriage in Guatemala. The practice is a widespread problem in the country, as pervasive poverty forces many girls into early marriages and unions—contributing to high rates of adolescent pregnancy and school attrition. Responding to these stark realities, Rise Up leaders collaborated with activists and civil society networks to advocate for a national ban on child marriage, and they supported girls who raised these concerns directly with legislators. Rise Up leaders created spaces for girls to share their own stories on national radio and television and to call for an end to the practice.

Enabling the girls to stand up for their right to delay early marriage was transformational for the girl leaders and played a key role in the passage of landmark 2017 legislation which removed a loophole in  2015 ban on marriage under the age of 18. (Between 2015 and 2017, judges could make exceptions and legally authorize marriages between adults and children age 16 and older.)

This example from Guatemala illustrates how investing in girl-centered advocacy and programming enables girls to play a central role in promoting meaningful change. Investing in girls as agents of this change is not only empowering for the girls but can be a powerful strategy to mobilize large-scale changes to the structural and systemic inequalities that constrain the lives of girls and their communities.

A shift to more girl- and youth-centered research, programming and advocacy is essential for development initiatives to foster greater youth engagement and more transformative investments in meaningful social change. Funding for programs that support young girls’ education and agency enable them to continue to learn and to earn, to postpone marriage and fulfill their aspirations.

Donors and governments should do far more to break out their funding and development investments by age and sex, so that we can see how they invest in adolescents and across which sectors. We need investments in more research and programming, each informing the other—and resources should be channeled through partner organizations to the adolescent girls and boys, who are much better positioned to identify key concerns that affect their lives and advocate for the change they need.

Adolescent voice and agency is much-needed in the development arena—shaping programs and scrutinizing budgets—and should be treated as an end, rather than solely as a means, to achieve other development goals.

Sarah Gammage is the Director of Gender, Economic Empowerment and Livelihoods at the International Center for Research on Women and an associate editor of Feminist Economics. She has more than 25 years of experience as researcher and feminist economist, including work with UN Women, the International Labor Organization and the Economic Commission on Latin America and the Caribbean.Sarah has a PhD in Development Economics from the Institute of Social Studies in The Hague and a Masters’ and Bachelor’s degree in Economics from the London School of Economics and Political Science.