Malia Baker is an actress perhaps best known for her role as Mary-Anne in Netflix’s series The Baby-Sitter’s Club. From a young age, she was interested in the arts, with both of her parents setting the stage for the passion that arose in her. From dance to musical theater and film, the Vancouver-based performer has immersed herself since the age of two. As Malia gains recognition for her acting chops, she has also dedicated herself to social and environmental causes — from gender-based violence to climate change to the Black Lives Matter movement.

We sat down with Malia recently, as part of our Uplift series, to learn more. Here’s the interview:

Thank you, Malia, for joining us today, and congratulations on your recent successes. Just over a month ago, we heard that Netflix is producing a second season of The Baby-Sitters Club. You’ll also be starring in the second season of Nickelodeon’s Are You Afraid of the Dark? And you were just named one of Seventeen Magazine’s 2020 Voices of the Year. 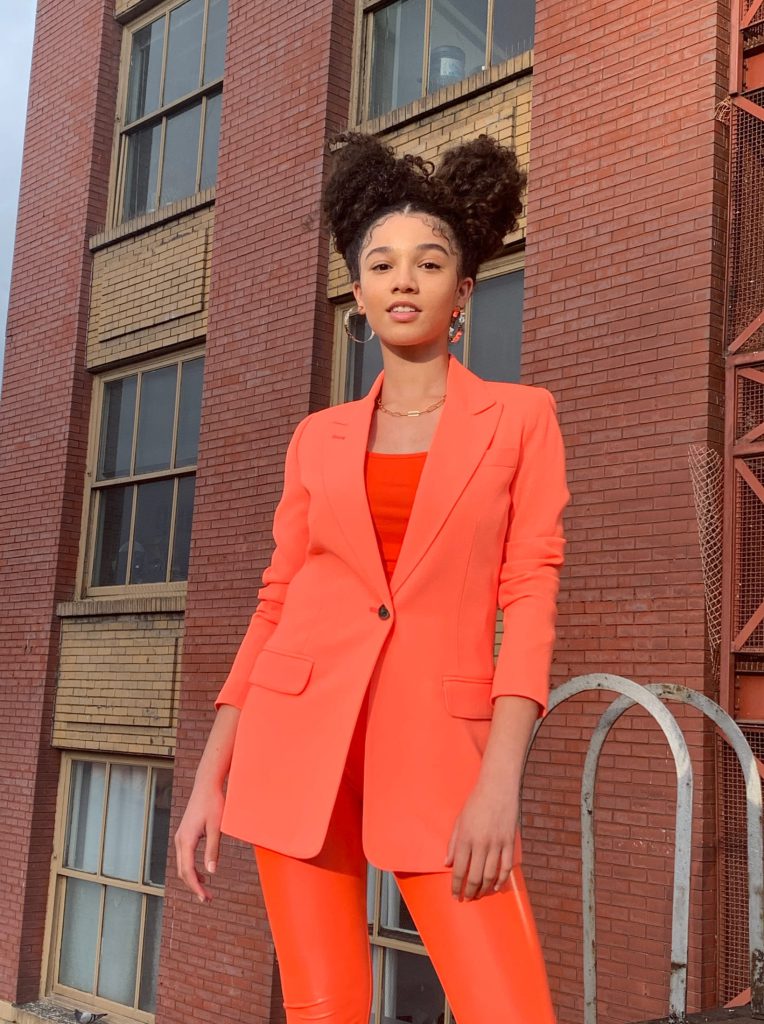 Recognition of your versatility as an actress is clearly growing. Malia, you’ve been performing from a very early age. What stirred in you this passion for the arts? Who were some of your role models growing up, and why?

MALIA: Well, I’ve got to be honest. I come from a not-so-sporty but very artistic family. My dad is a musician, and my mom has done arts in all sorts of areas. I always knew I was going to be a part of the arts in some way. I started dancing when I was two, musical theater when I was three, and now acting, for which I’m grateful. Now, it has grown into something that I’m so grateful for — and so confused because it happened so fast.

Some of my first role models included Robin Williams, Meryl Streep, and Nelson Mandela. I would also add Greta Thunberg, Yara Shahidi, Malala — the list could go on and on, but that is what I’ll sum up in a short portion for you here.

Since the first season of The Baby-Sitters Club, your followers on social media have grown exponentially, and you’ve been highlighted in Elle, Teen Vogue, Fashionista, Oprah Magazine, and now Seventeen. How has this impacted you? Has it all been positive? And are there lessons you’ve learned along the way you would like your fans to know?

MALIA: It has been all positive. I am so grateful for every opportunity, every person, and everything that has come my way. It happened so fast and flourished into something I am so proud of. I am so proud of everyone who has had a helping hand in making this into this big thing. It has been quite amazing and surreal, and it’s a lot of new experiences which I’m so grateful for. I am looking forward to the future.

Some lessons: I think I have learned a lot of new skills. One lesson I learned is to make sure that you have your own comfort crowd and your own community that is there for you. I know that if things got a little stressful for me, I’d want my mom, my sister or my friends there with me so that I’d be able to put my best foot forward. Making sure you have the right people around you, that support you in everything that you are doing, thinking of, or dreaming of.

You know, Malia, you’ve really made a point to speak up for issues you believe are important. You were recently featured as part of the 1st Annual Girls Talk summit hosted at the Boys and Girls Club of Metro Atlanta. For the summit, you talked about girls’ empowerment and self-love, while openly discussing how you deal with your own anxiety, how you’ve navigated self-doubt, and how much you’ve worked to build your confidence. You’ve also been an outspoken advocate for taking pride in natural hair, and you brought a real authenticity and vulnerability into your Baby-Sitters Club character Mary-Anne’s relationship with transgender character, Bailey, portrayed by trans actor Kai Shappley. Why are you compelled to speak up?

MALIA: I feel like that’s a hard question because, as a young Black girl growing up in today’s society, I don’t want to be scared for my life and the lives of my brothers and sisters, simply for going out in the streets. I feel like I have always had a deep-rooted feeling that I was going to do something. I had no idea what that was until now, but I’ve always been compelled to speak up because I look at everything that’s going on in the world and where I am. It’s very important to me to use my platform to bring issues to light and lift up the voices of others whenever I can.

Back in March, Malia, you took part in an Instagram Live on Women’s Equality Day, saying “it reminds me of how far we’ve come, but how far we still have to go. The fight for our rights is both global & in our own backyard.” And in the same breath you mentioned Breonna Taylor, Riah Milton, and Dominique Fells. These deaths are case in point for exactly how far we have to go. Can you tell us, are you hopeful that we will find ways to advance gender equality and counter gender-based violence and systemic racism here in the United States and globally?

Malia, what issues are most important to you right now? How do you hope to use your platform going forward? 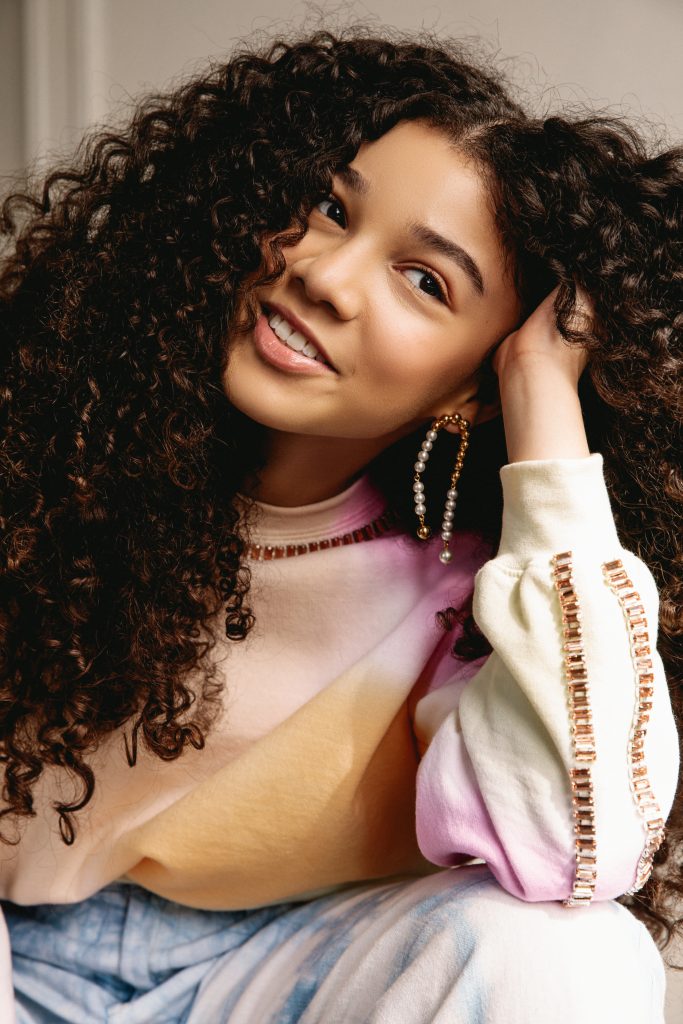 MALIA: I hope to use my platform now to bring awareness to urgent and unjust issues such as the murdered and missing indigenous women, the Uighur Muslims in concentration camps, the Yemen crisis, everything that’s going on in Nigeria, not to mention female [genital] mutilation, the menstrual cycle, education and rights as young girls growing up in today’s society, body image (especially for young girls going on social media), and mental health (something that I think we all deal with in our different ways — I definitely do myself). However, those are a few issues that I am focused on right now. I definitely want to use my platform, like I have been doing, to speak out about all of these issues.

Thank you so much, Malia. Could you tell us something about yourself that few people know? (e.g., funny story, something you don’t like to eat or you like that others would think is weird, a dream…).

MALIA: Something that I don’t like to eat: I do not like bananas — not even a little bit. Even the scent of them. I make my family go into another room while they eat them. Another fun fact is that I’m learning ASL right now — American Sign Language. Hopefully, I’ll be able to demonstrate further into my process of learning another time.

Well, we appreciate the time you took today, and again thanks so much for your commitment. We really enjoy watching your art form come to life every time on the screen, and we look forward to having another conversation.

MALIA: Thanks for having me. 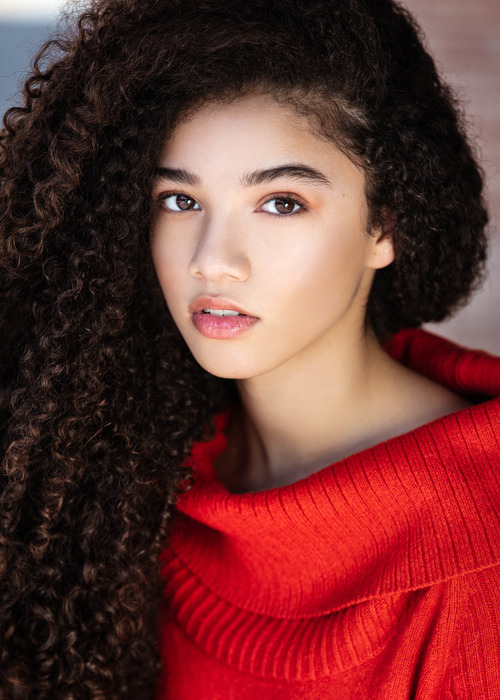 As a fresh face in television and film, actress Malia Baker has quickly become known for her natural instinct in front of the camera and ability to command attention through the characters she brings to life on screen. In her breakout role in Netflix’s hit series The Baby-Sitter’s Club, she brought to life the most relatable character of the nostalgic and beloved book series, Mary Anne Spier, an exceptionally organized and predictable teen on a quest to identity. The series follows five young girls as they form a babysitting business in the town of Stoneybrooke, Connecticut. “The Baby-Sitters Club” turns into much more than simply baby-sitting. The club turns into a place for true sisterhood, exploration of entrepreneurship, and friends turning into family.

Born in Botswana, Baker moved to Vancouver, BC, Canada as a young girl where she discovered her love for musical theatre at the age of three. A few years later, after visiting her father working on set, she became completely enamored by the filmmaking process. She was inspired to pursue acting and has not looked back since. The young star has appeared in ABC’s “A Million Little Things,” CW’s “The Flash,” and Hallmark Channel’s holiday film, “Hope at Christmas.” Up next, Baker will star in Nickelodeon’s horror anthology classic, “Are You Afraid of The Dark?” which will hit airwaves in early 2021.

When Baker is not filming, she is spending time with her family, painting, and dancing. She lives in Vancouver with parents, sister, and two dogs her family rescued two years ago. Baker’s global perspective has been shaped by her experiences as a child in Botswana, fully understanding the need for humanity and compassion. She uses her platform to inspire and empower young girls to use their voices for change and equality.