Originally published by the New York Times on January 23rd, 2019 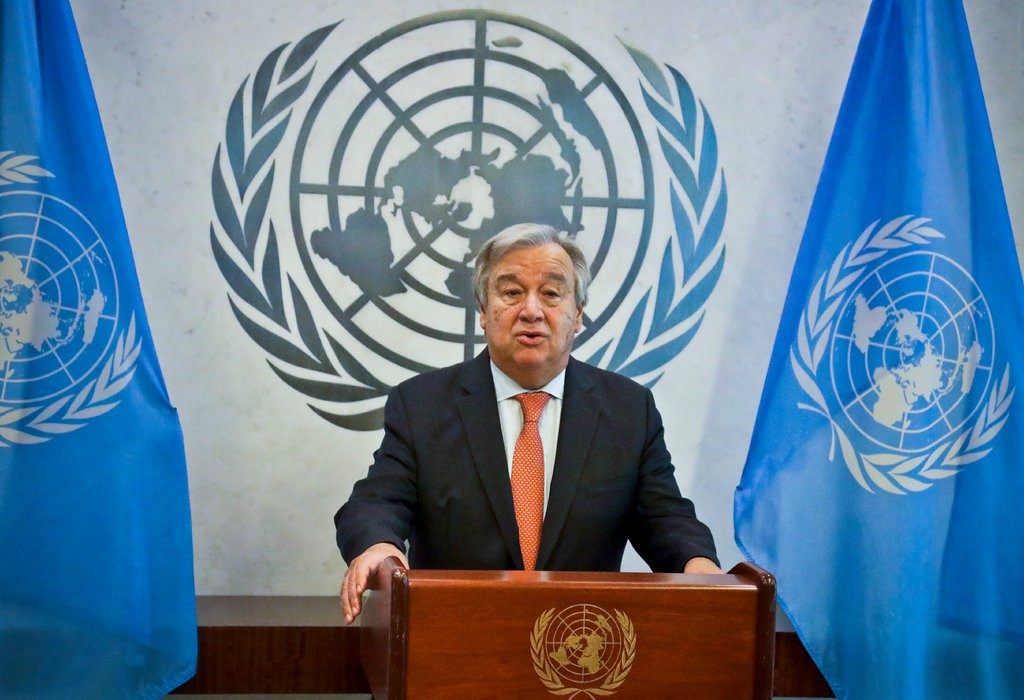 The International Center for Research on Women liked what António Guterres, the United Nations secretary general, has done to ensure gender parity among his executive staff, but faulted him on transparency. Credit: Bebeto Matthews/Associated Press.

UNITED NATIONS — When António Guterres was selected over seven female candidates to lead the United Nations, deflating hopes for a first woman secretary general, he promised that the organization would move more forcefully to honor its ideals of gender equality.

“Do not let us in the U.N. off the hook,” Mr. Guterres, a Portuguese statesman and longtime United Nations diplomat, said in pledging to change what he acknowledged was a male-dominated world, including within the far-flung reaches of a patriarchal United Nations system. “Keep our feet on the fire.”

The International Center for Research on Women, a Washington-based rights and advocacy group that advises the United Nations, has been seeking to do just that. It devised recommendations for measuring what progress Mr. Guterres has made in shaping a more feminist United Nations, and translated them into letter grades.

After 2017, his first year, Mr. Guterres got a C-plus. On Wednesday, the group issued the secretary general’s second-year grade. It was only marginally better: B-minus.

“He has done a number of things he has said,” said Lyric Thompson, director of policy and advocacy for the center, who helped write the report. Still, she said in a telephone interview, Mr. Guterres could be a far more influential figure on gender equality as the leader of the 193-member United Nations.

“What we want to see is the power of the pulpit,” she said. “He has to set the tone that is going to be the agenda for the long haul.”

“He is the male executive who is head of a system that he acknowledged is powered by patriarchy,” she said. “It is going to take transformation of the entire system.”

In a 39-page report card titled “Progress Under Threat,” the women’s group commended Mr. Guterres for advancing gender parity — including among his executive staff — and for taking steps to combat sexual exploitation and harassment within and outside the United Nations. Mr. Guterres has repeatedly promised a “zero-tolerance approach to sexual harassment.”

The report also commended him for avidly using social media to promote women’s equality and for speaking about women “as active agents of change, not simply victims of discrimination and violence.”

But the group faulted what it described as a penchant for opacity and secrecy in the United Nations bureaucracy that has not significantly changed under Mr. Guterres.

“He is lagging in transparency and freedom of information,” Ms. Thompson said.

For example, she said, it was difficult to ascertain how much money and other resources the United Nations has put into promoting gender equality and women’s economic empowerment — one of the Sustainable Development Goals it has aspired to achieve by 2030. 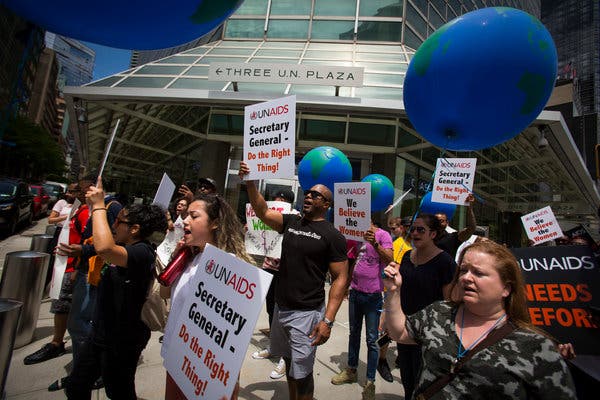 “Resourcing is often the easiest indication of the extent to which an issue is a priority,” Ms. Thompson said.

The report also criticized Mr. Guterres for not taking steps to create an independent system to handle complaints of sexual harassment and other wrongdoing by United Nations staff — a criticism that other advocacy groups have also made.

As with other accusations of workplace wrongdoing, the prosecution of sexual harassment complaints falls to the United Nations Office of Internal Oversight Services, an in-house investigations and auditing arm.

The report said that Mr. Guterres had expressed support for an independent system, “but this support has not been subsequently affirmed and interviews with his staff do not indicate any plans to incorporate” such a basic change.

Commenting on the report’s conclusions, Farhan Haq, a spokesman for Mr. Guterres, said in an emailed statement: “We are pleased to note that the I.C.R.W. has acknowledged an improvement in our overall handling of gender concerns, and we agree that much more needs to be done within the U.N. system in the pursuit of gender equality.

“At the same time,” he continued, “we believe the secretary-general has achieved considerable progress within the complex U.N. system at achieving real reforms to make the U.N. a better workplace for women and men alike.”

The statement enumerated Mr. Guterres’s achievements, including equal numbers of men and women among top officials in the Secretariat and “half of the secretary-general’s special representatives around the world.” It also reiterated his “zero-tolerance approach to sexual harassment as well as his determination to strengthen our prevention and response efforts.”

The report’s release came less than a week after publication of the first survey of sexual harassment within the United Nations, commissioned by Mr. Guterres, which showed a third of respondents reported experiencing at least one incident in the past few years. Most were sexually offensive stories or jokes.

Only 17 percent of the United Nations staff responded to the survey, however, possibly cloaking the true extent of harassment within the organization. In a letter to all employees, Mr. Guterres said the low response rate was a sign that “we still have a long way to go before we are able to fully and openly discuss sexual harassment.”

Still, he said, the survey showed “our common resolve to eradicate sexual harassment and ensure a safe workplace.”

The United Nations, like other large organizations in the era of the #MeToo Movement, has been jolted recently by some high-profile workplace sexual harassment scandals.

In December, for example, a panel of experts investigating allegations of sexual abuse at the United Nations agency fighting AIDS called for the appointment of new leadership, asserting in a damning report that the agency’s executive director, Michel Sidibé, had fostered a cult of personality marked by “favoritism, preferment and ethical blindness.”

In another case, Kingston Rhodes, the chairman of the International Civil Service Commission, which regulates salaries and working conditions for United Nations staff members, resigned in mid-December, two weeks before his planned retirement, after allegations he had created a hostile workplace for women.