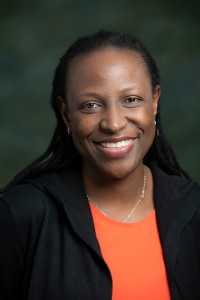 Deborah Nakisuyi is the Associate Director of Program Management and Operations based out of the ICRW-Africa office. She has 13 years of work experience in banking, project implementation, and administration of NGO’s for both the national and international organizations. She has experience with both startups and growing multi-donor funded institution and programs. Deborah has taken the lead in establishing office and unit structures and the development of institutional policies and procedures, as well as facilitating staff recruitment and capacity building.

Prior to joining ICRW, Deborah worked with Catholic Relief Services as Administration Manager. Before that, she worked with One Health Central and Eastern Africa (OHCEA), a network institution operating in six countries in East and Central Africa, where she led the financial management and reporting for large USG funded projects while contributing to portfolio growth and expansion.

She worked with the Infectious Diseases Institute (IDI) from 2009 to 2012 and Technoserve Inc. from 2008 to 2009. Deborah also worked at Barclays Bank Limited, where she started her career as a banking officer.

Education: Deborah holds an MPhil in Development Finance from Stellenbosch University, as well as an MBA in Finance and a BSc Degree in Land Surveying from Makerere University.