Adolescents and Youth, Violence Against Women and Girls 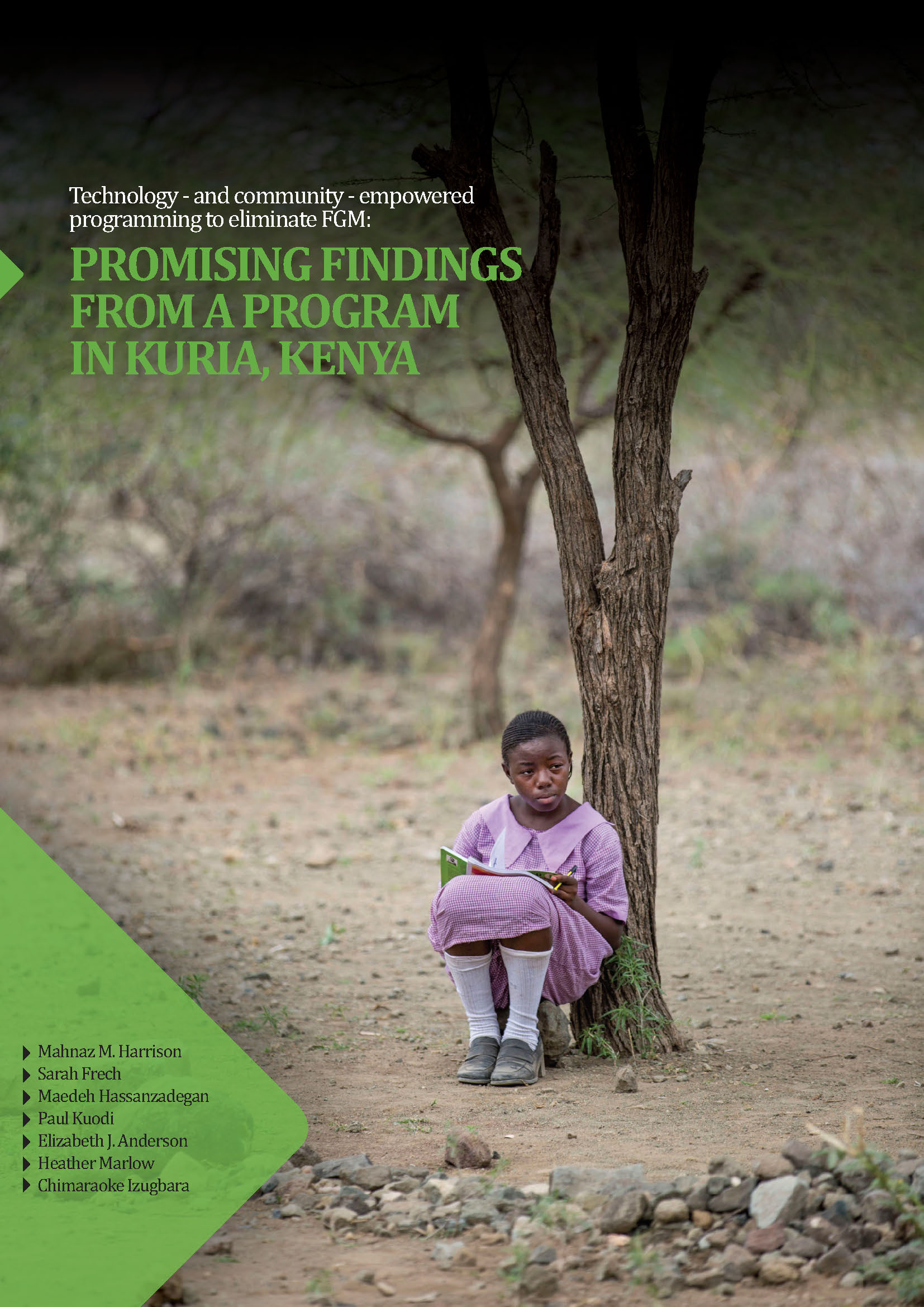 Female genital mutilation (FGM), the intentional altering or injuring of the female genitals for non-medical reasons, has been performed on more than 200 million women and girls worldwide (UNICEF, 2016). In western Kenya, 30 to 69 percent of girls and women have undergone FGM (UNICEF, 2020).

Despite Kenya’s national policy and intervention leadership in East Africa to curb FGM, barriers to its elimination, such as cultural practices among parents, have not been successfully addressed for remote (“last mile”) communities.

LastMile4D staff conducted a novel pilot program that combined three main components: 1) education to motivate targeted communities to eradicate FGM, 2) periodic, real-time monitoring by trained field workers of a cohort of schoolgirls at risk of FGM, and 3) crisis intervention including a hotline, law enforcement point of contact and alternate housing for girls who were facing imminent cutting.

Results from this pilot program indicate that it is a promising way to identify girls at risk for FGM and mitigate the risk. This pilot program demonstrated the strength of merging technology, community-centered programs, constant outreach and monitoring and evaluation to eliminate FGM. LastMile4D staff found that efficient data collection using VPack, coupled with constant contact with girls at-risk of FGM, allowed for intervention at critical points. Sheltering girls during the season when FGM risk is the highest delayed their exposure to FGM; this likely allowed most girls who otherwise would have been cut to remain in school for another year. The promising results from this FGM program indicate that community engaged FGM programs with real-time monitoring benefit young girls and should be replicated elsewhere.