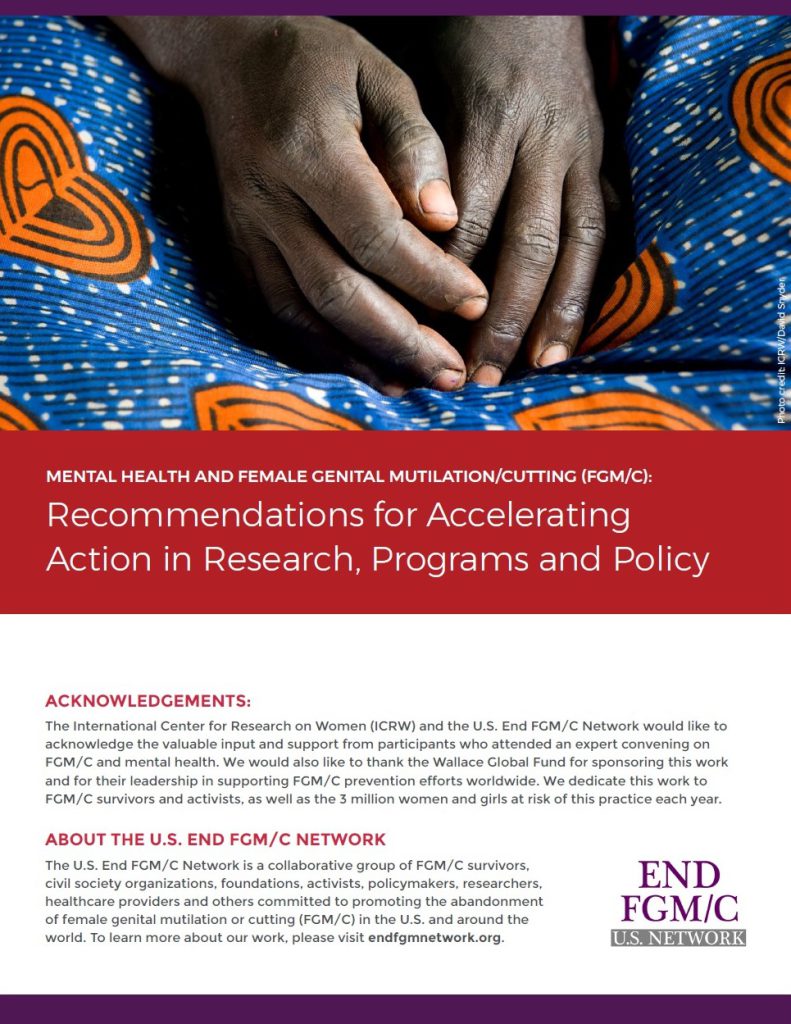 Like other forms of gender-based violence, female genital mutilation or cutting (FGM/C) is a practice that affects women and girls globally and is not limited to any one country, region, religion, socio-economic status or culture. In 30 of the high prevalence countries that report national data, it is estimated that at least 200 million girls and women have undergone FGM/C.

The practice involves the cutting or removal of the external female genitalia or other injury to the female genital organs, and most girls are cut between the ages of 5-14. The root causes behind the practice are diverse and multi-dimensional and include gender inequality, prevailing social norms and a desire to control female sexuality. The procedure is often performed for the purpose of controlling women’s sexuality, which some proponents note is “insatiable” if parts of the genitalia, especially the clitoris, are not removed. Similarly, FGM/C is considered a means of ensuring virginity before marriage and fidelity afterward, as well as a way to increase male sexual pleasure. While the physiological health impacts from FGM/C have been widely documented, psychological health risks have been minimally explored. The limited evidence suggests there is a clear and urgent need to investigate the links between FGM/C and mental health.

To better understand the intersections between FGM/C and mental health and prioritize action steps, the International Center for Research on Women and Wallace Global Fund convened experts from academia, civil society, U.S. federal agencies, women who have undergone FGM/C and donors for a consultation. This brief summarizes our review of the evidence and the recommendations that emerged from the expert convening, which are organized by sector: activists and advocates; researchers; program implementers; government, law and policymakers; and donors.

The International Center for Research on Women (ICRW) and the U.S. End FGM/C Network.