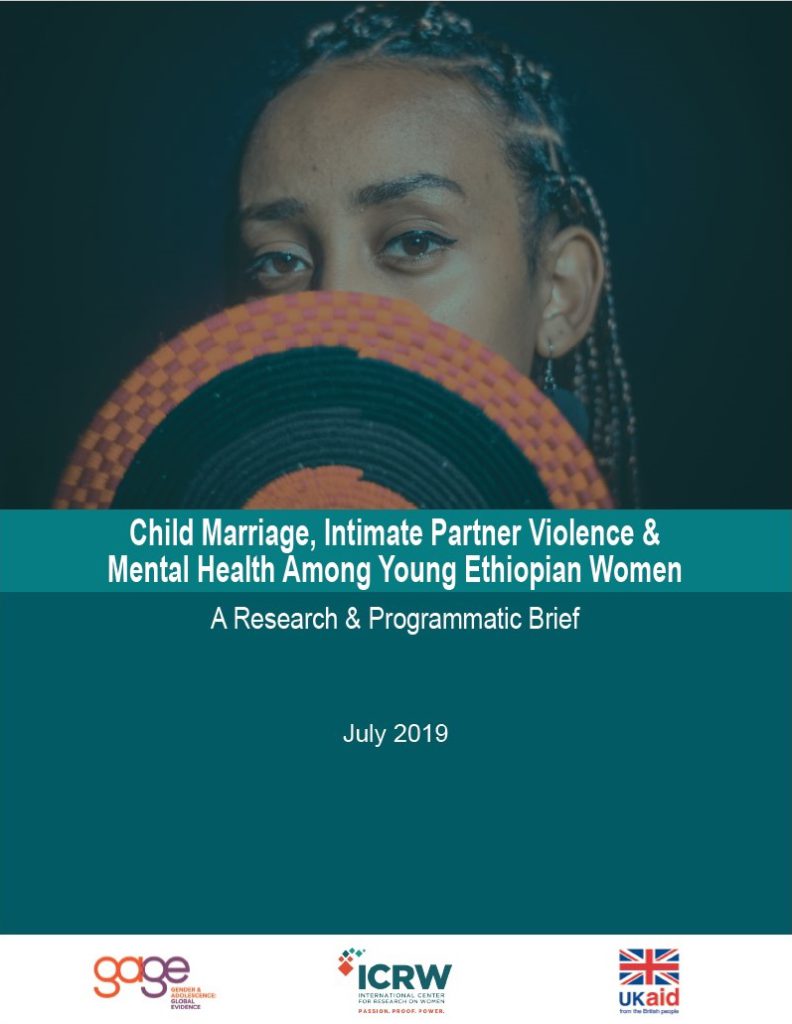 Globally, more than 650 million women are married before their 18th birthday (UNICEF, 2018). Although the practice of child marriage has decreased substantially over the past 20 years, it remains strikingly pervasive in some regions of the world, particularly South Asia and Sub-Saharan Africa where up to 50–70 percent of girls in some countries are married prior to age 18 (UNICEF, 2014). Data from sub-Saharan Africa shows that the prevalence of child marriage is declining, though significant variations across and within countries exist (UNICEF, 2018). In Ethiopia, 63 percent of girls are married by age 18, and the custom of child marriage remains a deeply rooted tradition with a multitude of harmful consequences (CSA & ICF, 2016).

@ International Center for Research on Women 2019