Women, Life, Freedom! Why ICRW Stands with the protest movement in Iran

This piece is the first in a series by the International Center for Research on Women’s Gender Centers of Excellence. The series will tell the stories of women and girls sparking systems change for gender liberation.

The International Center for Research on Women (ICRW) stands in solidarity and in power with protestors in Iran who have taken to the streets peacefully demanding fundamental freedoms and bodily autonomy. 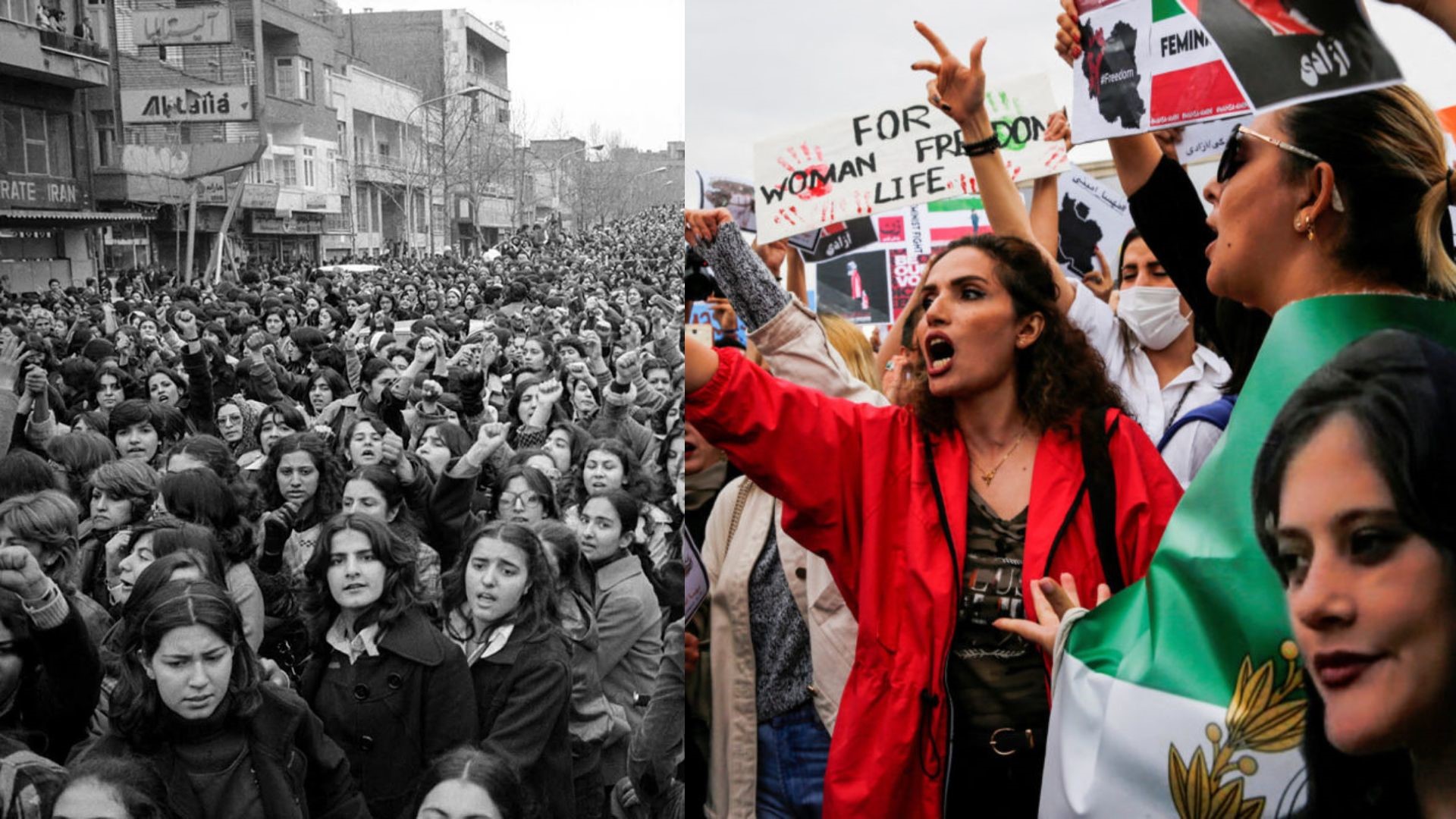 The widespread women-led protests in Iran were triggered on September 16 by the death of 22-year-old Kurdish-Iranian Mahsa “Zhina” Amini after she was taken into custody by the so-called “morality police.”

Her death has led to a massive outpouring of anger and a protest movement led by women chanting “Women, Life, Freedom!” This slogan—Jin, Jian, Azadi, Kurdish in origin—has since spread across Iran, with brave Iranian women and girls, notably the Gen Z generation, facing down security forces and demanding an end to systems of oppression and patriarchal laws and the theocratic government.

Women have been at the forefront of various political and social movements in Iran from the late 19th century. Some examples of when Iranian women have advocated for change were during the Iranian Constitutional Revolution in 1905, the Islamic Revolution in 1979, the 2009 Green Movement, and up to the present day. Women’s rights activists led efforts that culminated in women’s suffrage and the ability for women to run for office in 1963. Iranian women are also highly educated, with adult female literacy over 81% and female youth literacy at 98%. Over half of university students in Iran are women, and women hold the majority of STEM degrees. The ongoing protests in Iran have roots in the feminist struggles of the past century.

The Iranian government has long tried to enforce laws regulating the bodily autonomy of women, most notably its requirement that women wear what its morality police deem to be “proper hijab” in public. These and other laws in Iran, such as inheritance laws, travel laws, and the November 2021 law severely restricting abortion and contraceptive access, the Youthful Population and Protection of the Family law, fundamentally discriminate on the basis of gender and facilitate gender-based violence, including by the Iranian state’s security bodies.

ICRW stands with Iranian women in their struggle for full gender equality and to have the freedom to choose how they want to dress and live their lives without fear, assault or intimidation. 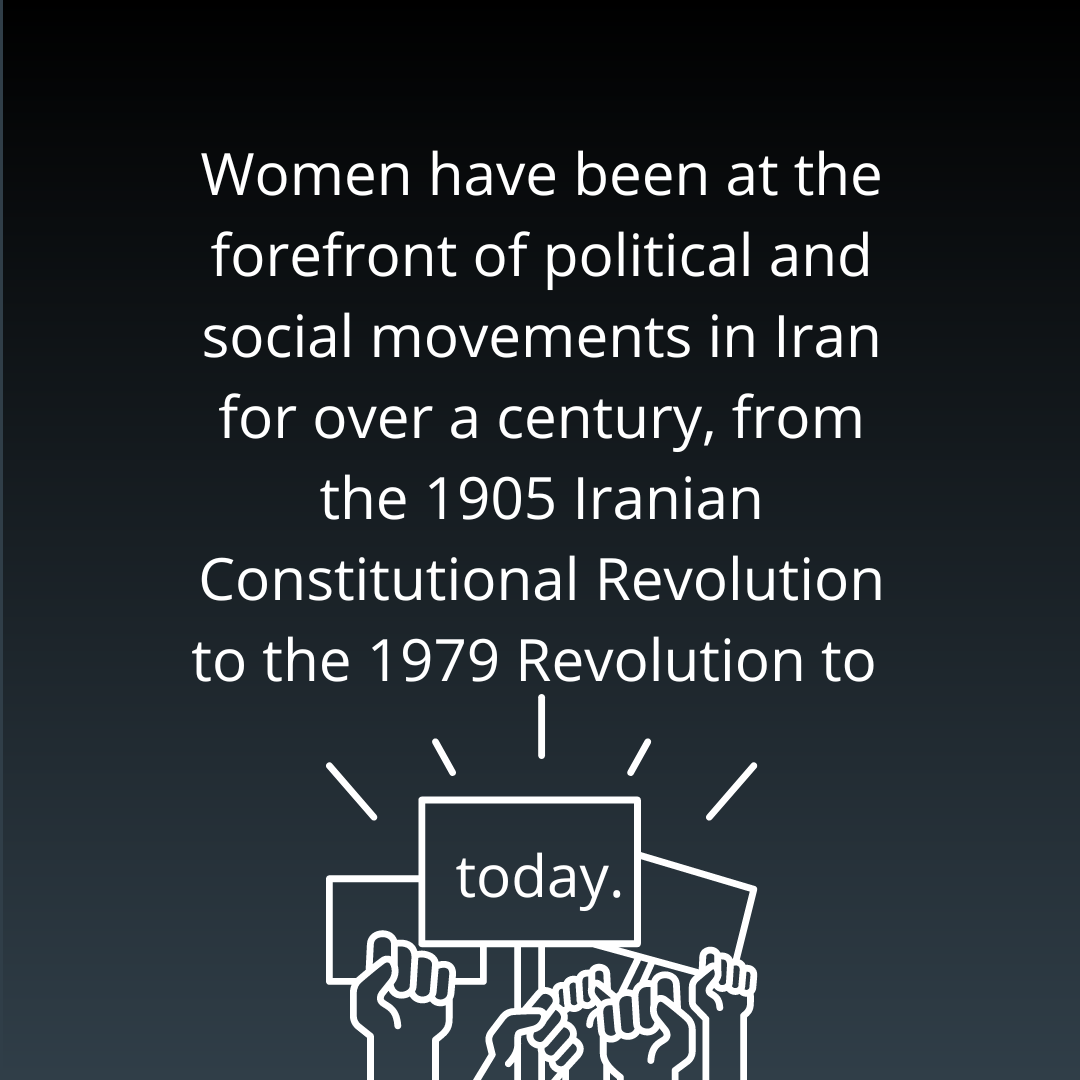 ICRW strongly condemns the brutal crackdown of the women-led protest movement by Iranian authorities. While accurate figures are difficult to come by, given the Iranian government’s censorship and disruption of internet access, it is estimated that over 100 people have been killed by security forces in the protests since Mahsa’s death, including Nika Shakarami and Sarina Esmailzadeh, both teenagers. Hundreds of prominent women’s rights defenders, journalists, students, and civil society activists have been arrested. Furthermore, ICRW vehemently deplores the reports of sexual violence against female protestors.

ICRW calls on the Iranian government to be held to account over its human rights abuses. The U.S. and other governments must voice their support for the Iranian people peacefully demanding greater social and political rights. The United Nations General Assembly, UN Human Rights Council (UNHRC), and UN Women should also hold special sessions to address the Iranian government’s violent repression and gender-based violence perpetuated by the state. UNHRC should also spearhead an independent, impartial investigation into the death of Mahsa Zhina Amini, hold the perpetrators accountable, and investigate the broader abuses committed by the Iranian government against its citizens.