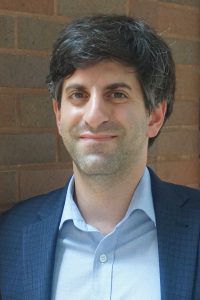 As a Gender and Development Specialist, Ted Rizzo has worked on projects to promote gender equality in education and the workplace through promoting positive masculinity and countering sex-based harassment. He has also worked on projects studying gender inequitable social norms, child marriage and sexual and reproductive health, as well as supported cross learning among projects working to foster adolescent agency. Ted has helped organize and facilitate several workshops and convenings for ICRW on topics such as male engagement in gender equality through education, adolescent mental health, intrahousehold bargaining, and adolescent agency.

Prior to joining ICRW, Ted was a middle school history teacher in New York City and served in the Peace Corps in Morocco, where he used a Positive Youth Development approach to partner with Moroccan activists and teachers to promote gender equality through work with boys on understanding masculinities and with boys and girls to break the stigma around discussing sexual harassment. In Morocco, Ted also taught classes on English and Environmental Education with middle school and high school level boys and girls.