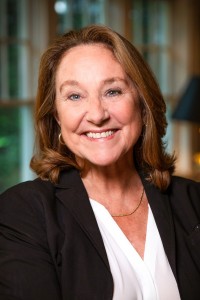 Peggy Clark started her tenure as CEO and President for the International Center for Research on Women (ICRW) in October, 2021. Throughout her three-decades-long career, Peggy worked tirelessly to tackle and address unequal gender norms, such as women’s economic security, health, and well-being. She is a champion for racial equity and diversity, and her unique skill set and executive expertise, along with her respect for evidence-based solutions, will be crucial in ICRW’s next chapter as a global research organization.

Prior to ICRW, Peggy served as the Executive Director for the Aspen Global Innovators Group, which under her leadership brought innovative and practical partnerships to the table to address some of the most important development challenges including, the fight for economic gender equality and greater access to healthcare for women and marginalized communities around the world. While at Aspen, Clark was recognized for promoting breakthrough strategies to combat challenges in global development and secured more than $80 million in multi-year funding for global health and women’s programs and over $150 million in support of the Aspen Global Innovators Group.

Peggy’s career has included positions at The Ford Foundation and Save The Children, where she developed and implemented programs in 45 countries and across six geographic regions. She was also the founder of Realizing Rights with former President of Ireland Mary Robinson to promote rights-based solutions to major global challenges and was instrumental in passage of the WHO Global Code of Practice on the Ethical Recruitment of Health Workers. She has also led major research projects, including a study of the role of mid-level health care providers in reducing maternal mortality in Malawi, Mozambique and Tanzania and a multi-year study of women welfare levers and microenterprise in the U.S. She was honored with the Presidential Award for Excellence in Microenterprise for her research efforts.

Education: Clark holds a Master of Arts in Economics and Latin American Studies from Johns Hopkins University and a Bachelor of Arts in Anthropology and Fine Arts from Colgate University
Languages: English
Contact: + Email Me