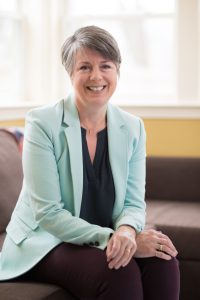 Mil Niepold is the Founder and President of The Mara Partners (TMP), a global facilitation, research and training organization that works at the intersection of gender, racial equity and the environment to solve complex social issues both in the US and globally. Mil works with Fortune 500 companies, governments, the United Nations and civil society organizations to structure equitable long-term solutions that balance the needs of all stakeholders.

As a consultant on Gender and Climate with ICRW Advisors, Mil guides projects related to sustainable investing and mitigation of gender-based violence and harassment (GBVH). Outside of ICRW, she is currently leading TMP’s research and thought leadership on the critical, and oft ignored, role that applying a gender lens to climate initiatives plays in accelerating impact from the grassroots through to the top levels of government. Mil pioneered the Integrated Gender and Climate Framework (IGC) currently being used by a group of Fortune 500 companies. She has trained women climate leaders on negotiation, through the UN and NGOs such as the Pan-African Climate Justice Alliance, as well as on strategies to ensure that they are routinely included in decision-making processes. Previously, Mil was the Director of Policy at Verité – a leading human rights organization – for 14 years, where she led several initiatives including Verité’s work on women in the workplace and other multi-stakeholder initiatives for clients that included Mondelez, Reebok and Levi Strauss, among others.

Mil is Co-President of the International Cocoa Initiative, a climate and women’s rights advisor to the International Center for Research on Women and the Boston College Center for Corporate Citizenship and was founding Co-Chair of Amnesty International USA’s first business and human rights group. Mil is also a frequent public speaker including for the World Bank, IFC, Climate Investment Fund, the Women’s Forum for the Economy and Society and various universities. She is a bilingual French – English speaker.

Integrating Gender in U.S. Trade Policy is the Smart Thing to Do