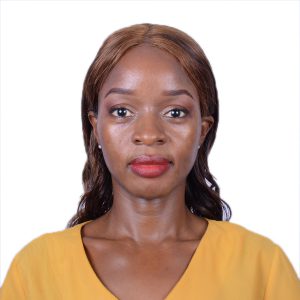 Maureen Kangere is a Communications and Advocacy Specialist based out of the ICRW-Africa office. For over decade, Maureen has worked in the civil society sector with extensive experience in project management, feminist movement building, activism, women’s rights advocacy including social media influence for prevention of violence against women. Her current work at ICRW includes coordination of Sexual Violence against Children prevention collective activism and strategic initiatives, leading the development and implementation of the child sexual abuse research uptake strategy, social research and program evaluations related to child sexual abuse, adolescent health, rights and gender equality. She has worked throughout Uganda and has been involved in movement building work in 9 African countries.

Prior to joining ICRW, Maureen worked at Raising Voices with the GBV Prevention Network as Senior Program Officer where she co-developed a program to foster solidarity among Network members, built capacity of activists in eastern and southern Africa, as well as the Horn of Africa and managed the network communication (materials, digital platforms and social media).  She co-authored a journal article on social media activism in the region.

She implemented three projects on women’s leadership and vulnerable women empowerment when she worked with the Forum for Women in Democracy. She also oversaw the young leaders mentoring program, participated in advocacy campaigns and was involved in pitching at donor events. She participated in an award-winning competition on behalf of the organization and won the Gender Governance Award.

Connect with Maureen on LinkedIn.