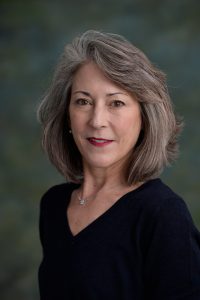 Dr. Jessica A. Ogden serves as ICRW’s Senior Director of External Relations. In her role, she uses her technical background and experience to identify and cultivate new partnerships and build out ICRW’s restricted funding base. Jessica has been working as a social anthropologist in international development for over 25 years. From 2008 – 2014, she operated her own consultancy firm, conducting research and analysis, as well as writing on gender and global public health.

From May 2002 to early 2008, Jessica worked at ICRW as a Senior Technical Specialist in the HIV/AIDS and Development Unit, and as the Senior Technical Adviser to the President. During that period, she led research on a range of topics, including HIV-related stigma, HIV prevention policy and gender. Between 1995 and 2001, she was on the staff of the London School of Hygiene & Tropical Medicine, where she served as Lecturer, followed by Senior Lecturer, in Social Anthropology. Jessica has published widely in the peer-reviewed press and contributed to edited volumes on AIDS, public health ethics, gender and tuberculosis.

Education: Ph.D. in Social Anthropology from the University of Hull, UK
Languages: English
Contact: + Email Me