The Feminist U.N. Campaign created its initial report card in early 2017, in response to Secretary-General Guterres declaring himself a “feminist” as he took the helm at the United Nations. Since then, it has measured the extent to which the Secretary-General advanced progress toward a more gender-equitable world and U.N. system across six recommendations.

This year, we found that the Secretary-General’s focus on gender equality remained and even increased in light of the COVID-19 pandemic, earning him a ‘B’— his highest score to date. To read more of the report’s findings, read the press release here. 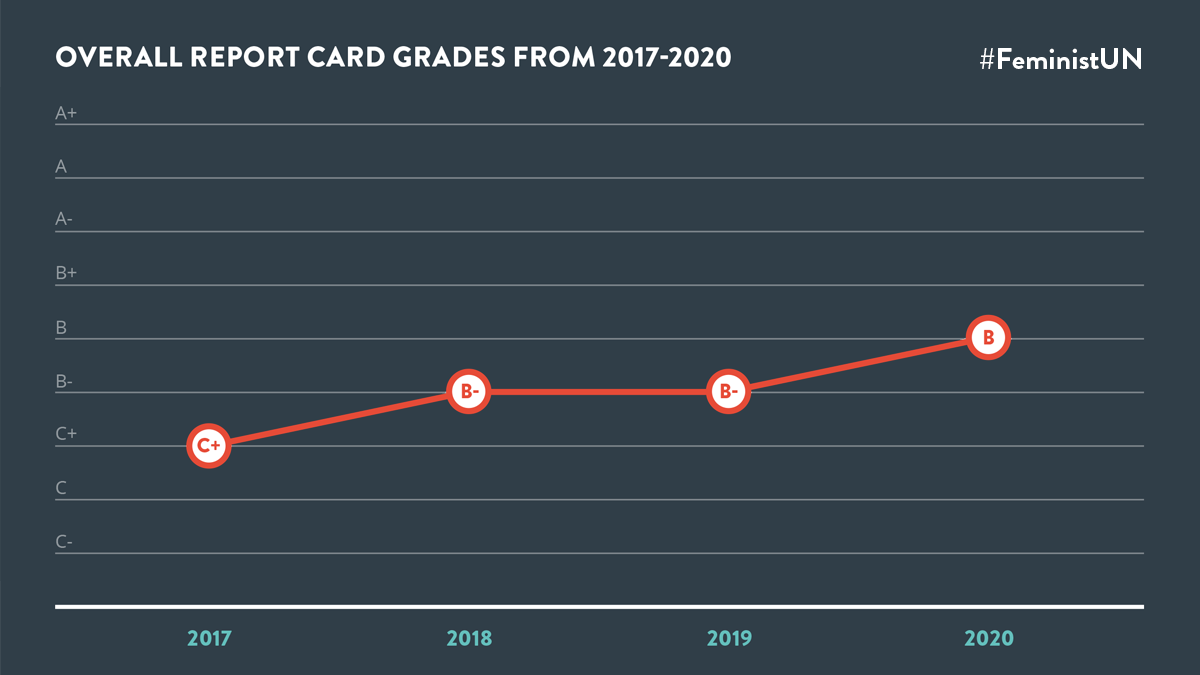