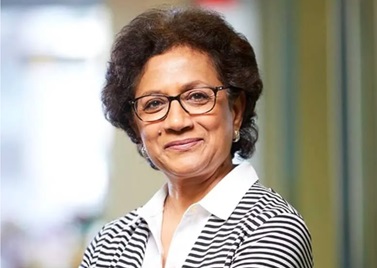 On November 12, 2021 Senior Fellow at the United Nations Foundation and former President of the International Center for Research on Women (ICRW), Dr. Geeta Rao Gupta, was nominated by President Biden for the role of Ambassador at Large for Global Women’s Issues at the U.S. Department of State.

The Ambassador at Large is tasked with leading the State Department’s Office of Global Women’s Issues (S/GWI), which was established in 2009 to ensure that the rights of women and girls are integrated into U.S. foreign policy. The Ambassador at Large and S/GWI work closely with the White House, the U.S. Agency for International Development (USAID), the Department of Defense and other agencies, civil society organizations, and the private sector to advance gender equity in the U.S. and globally. The position of Ambassador at Large was first held in 2009 by Melanne Verveer, followed by Catherine Russell and Kelley Currie, the latter appointed after a gap between May 2017 and December 2019.

“Geeta Rao Gupta’s nomination as Ambassador at Large of the Office of Global Women’s Issues at the U.S. Department of State is brilliant” said ICRW CEO and President Peggy Clark. “We at the International Center for Research on Women wholeheartedly endorse her nomination, having seen firsthand Geeta’s outstanding leadership and pioneering work for women and girls globally for decades. Geeta has led the development of the women’s agenda for multilateral agencies, philanthropies, and communities with powerful impact over the course of her career, and we know she will continue to lead us all towards a gender-equal world.”

The Ambassador at Large plays a critical role in ensuring that gender issues are not sidelined or remain on the periphery of the work of the U.S. Government but are integrated into the fabric of policy and procedures across Departments and agencies. It is important that there is a seat at the table for women and girls and to highlight the challenges faced while also ensuring systems are in place for accountability, funding, program evaluation, and return on investment. “Women’s issues are at the forefront of every major issue we face today,” says Peggy Clark. “Women’s issues cannot remain on the periphery, but must be at the heart of the global recovery from the pandemic and our collective success.”

In a 2020 blog interview the UN Foundation hosted about the effects of the COVID-19, Dr. Rao Gupta said, “What I will most remember is the way it so quickly exposed the inequities between women and men, the hidden pandemic of violence against women, and the role that women play in the care economy — juggling jobs while caring for and educating their children at home.”

“With her deep expertise in issues impacting women and girls,” said ICRW’s Vice President of Policy, Advocacy and Strategy Lyric Thompson, “Dr. Rao Gupta would be a phenomenal Ambassador-at-Large. Given long-standing systemic and institutional inequities worldwide — only exacerbated by COVID-19 — I hope to see her speedy confirmation so we can ensure the U.S. does not fall behind in advancing women’s rights and gender equality globally. We have a lot of work to do.”

Dr. Geeta Rao Gupta served as President of ICRW for over two decades and demonstrated a deep commitment to advancing equity and lifting up issues that are front and center for women and girls worldwide. Dr. Rao Gupta has spent over 40 years focused on women’s issues – from her Women Studies Program at the Tata Institute of Social Sciences to Senior Fellow for the Bill & Melinda Gates Foundation and Deputy Executive Director at UNICEF to her more recent role of Executive Director of the UN Foundation’s 3D Program for Girls and Women.

Photo source and for further reading: Biden Nominates an Envoy for Global Women’s Issues, but How Soon Will the US Senate Act on It? via PassBlue