As we say farewell to 2021, we are grateful for the opportunities to advance our work this year and the support we received in pursuit of a shared vision of gender equity. Every December, we ask our staff to vote on their top moments from the year, and here are the top 10 from 2021:

(1) ICRW was listed in the Top 10 of the most influential institutions in women’s empowerment.

The 2021 review from the Women’s Studies International Forum identifies the most influential journals, authors, and centers of excellence that have shaped women’s empowerment research. We are so proud that ICRW made the Top 10 for institutions. 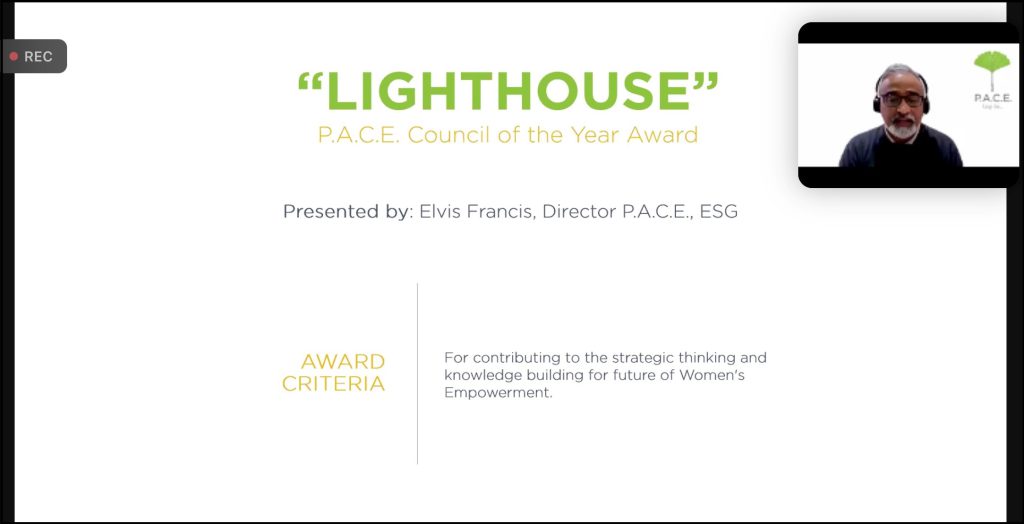 (2) ICRW was honored by Gap Inc. with The Lighthouse P.A.C.E. Council Award.

Gap Inc. hosted their second annual P.A.C.E. Awards on December 8th. ICRW was given The Lighthouse – P.A.C.E. Council Award for contributing to the “strategic thinking and knowledge building for the future of Women’s Empowerment.” ICRW CEO & President Peggy Clark accepted the award on the organization’s behalf. The award is a testament to ICRW’s nearly 15 year partnership with Gap, Inc. and the value of our staff’s dedication and insights.

During ICRW’s 45th anniversary year—as we reflected on the past and evolved a new, shared vision for the future—we hosted a series of events, engaged in dialogue, and called all of you into the discussion. The events focused on adolescent girls, the impact of COVID-19 on women in the world of work, and the role of the private sector in advancing gender equity.

(4) ICRW Asia established a private limited company (PLC) to expand services to companies and other entities in the region.

ICRW Gender Advisors, Private Limited Company (PLC), draws its inspiration from the impactful body of work of ICRW in India and globally. The PLC is a social enterprise that will partner with corporate clients, institutions, and government bodies to provide a range of services on issues related to gender inequality—including research, learning, training, and programming. “We are thrilled to be able to work closely with corporations interested in disrupting gender inequities across their supply chains,” said Dr. Ravi Verma, Director of ICRW Asia. “ICRW Asia’s 23 years of experience, building on 45 years for ICRW overall, will ensure companies receive decades of insights and expertise in their efforts to move the needle and create sustainable change.” 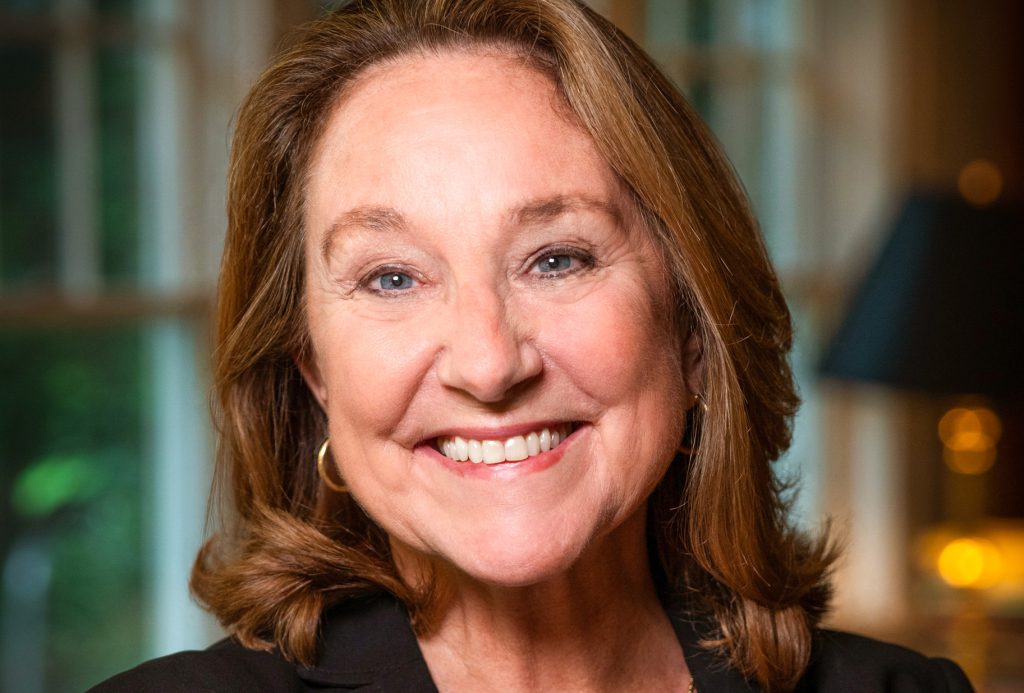 With the retirement of Sarah Degnan Kambou, ICRW’s Board of Directors conducted a rigorous search and hired Peggy Clark for the top post at the organization. Clark served most recently as the Executive Director for the Aspen Global Innovators Group, which under her leadership brought innovative and practical partnerships to the table to address some of the most important development challenges including, the fight for economic gender equality and greater access to healthcare worldwide. Clark’s three-decade long career has also included positions at The Ford Foundation and Save The Children, where she developed and implemented programs in 45 countries and across six geographic regions. She was also the founder of Realizing Rights with former President of Ireland Mary Robinson to promote rights-based solutions to major global challenges and was instrumental in passage of the WHO Global Code of Practice on the Ethical Recruitment of Health Workers. ICRW is excited to work with Peggy in 2022 and beyond. Peggy is a champion for racial equity and diversity, and her unique skillset and executive expertise, along with her respect for research, will be crucial to leading ICRW into its next chapter.

In partnership with apolitical, ICRW co-designed and launched three courses on Economic Justice and Rights, Sexual Reproductive Health and Rights and Bodily Autonomy, and Gender-based Violence. These  three deep-dive policy courses, falling under Introduction to Gender Rights and supported by The Bill & Melinda Gates Foundation, included key contributions from Sonke Gender Justice. The courses aimed to strengthen evidence-based policies and practices that can protect and support the rights of women, adolescent girls, and youth in all their diversity in a range of contexts. They also aimed to identify and prepare public servants to overcome local policy challenges and obstacles by applying best practices. 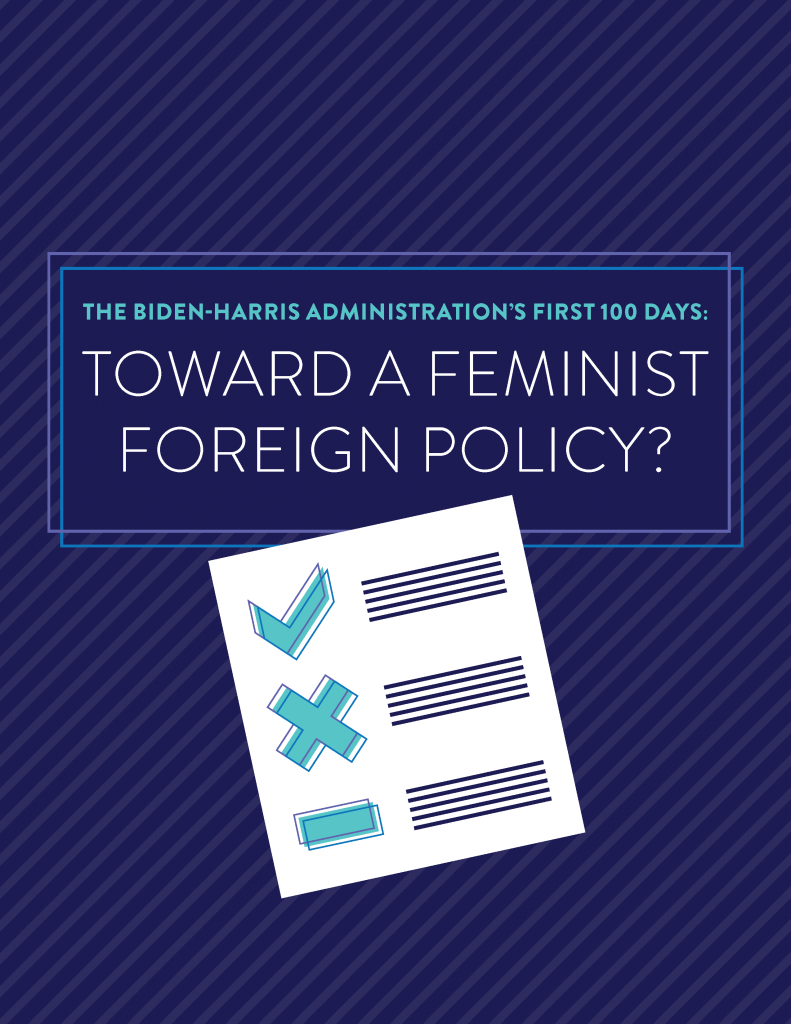 (7) Contributed to a scorecard on the Biden-Harris Administration first 100-days of progress toward promoting gender equality.

A coalition of more than 80 women’s rights and civil society organizations released a new scorecard to track U.S. progress toward launching the country’s first feminist foreign policy—awarding the Biden-Harris administration an “A-” as it completed the first 100 days of its term. As a member of this Coalition for Feminist Foreign Policy in the United States, ICRW and partners released the scorecard, as measured against the executive actions called for in A Feminist Foreign Policy for the United States: A Memo to the Next Administration (the Memo) and the Coalition’s signature policy paper, Toward a Feminist Foreign Policy in the United States. It also included an overview of what is left to be done, as well as additional, relevant actions taken by the administration that were not included in the Coalition’s recommendations but nonetheless merit mention and credit in this context.

ICRW Africa is leading the formation of the new WEE Community of Practice (CoP) Kenya, which will coordinate learnings, amplify findings, build capacity of CoP members, and enhance collaboration among key stakeholders to share evidence and best practice in various virtual fora and conferences. In addition, ICRW is partnering with ActionAid International to support their advocacy goals and engagements with policymakers at both the national and county levels.

(9) ICRW Advisors piloted a self-diagnostic tool and scorecard for the textile, clothing, and footwear manufacturing sectors.

As part of the Gender Equity in Textile, Clothing, and Footwear Manufacturing Resource Hub, the ICRW Advisors team piloted a self-diagnostic tool for corporations, with the intent of diagnosing current strengths and areas for improvement in policies, procedures, and operations. The tool was rolled out to 60 suppliers associated with 7 top apparel and footwear brands – C&A, Gap Inc. H&M, Inditex, Nike, Primark, and Puma  – in Bangladesh, India, Indonesia, & Vietnam, as well as to 100+ Nike suppliers. The resource hub, overall, was created to help companies learn how better to integrate gender within manufacturing facilities to enhance business success, employee well-being, gender equity, and women’s economic empowerment.

An emerging silver lining of the pandemic is the rare opportunity to rethink policy and programmatic engagement with women-owned informal enterprises to assist them during the pandemic and support long-term national recovery efforts. While COVID-19 has brought the worldwide neglect of vulnerable informal businesses into bold relief, experts agree that it also offers an opportunity to begin to do the right thing, particularly for women in the informal sector. ICRW is focusing current research and recommendations on Kenya, Uganda, and India. 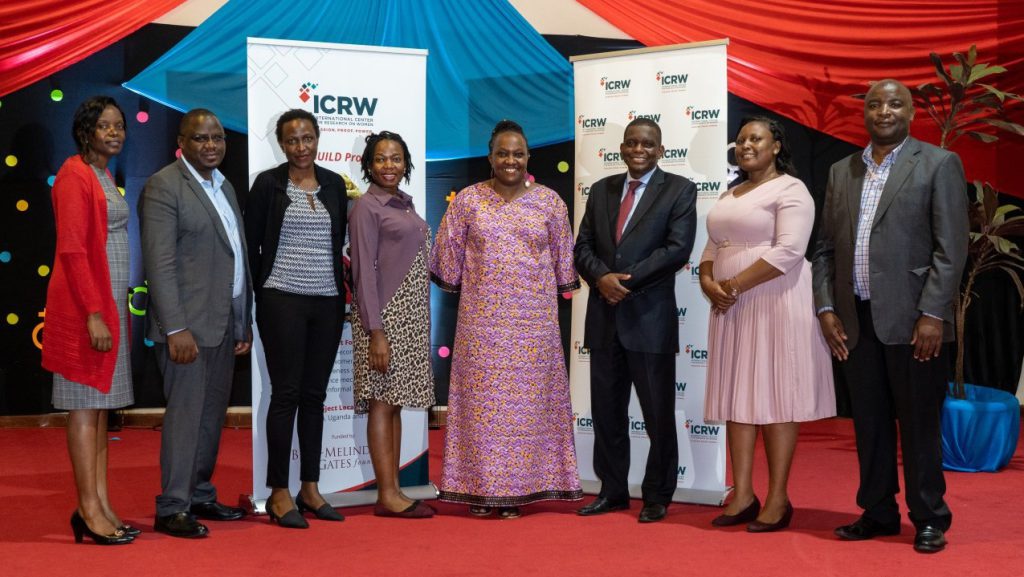 REBUILD Africa team at the Nation Leadership Forum in December.

Please consider making a contribution to ICRW, and help us continue our work in 2022.