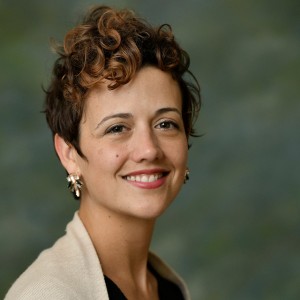 Lyric Thompson is the Vice President of Policy, Advocacy and Strategy based out of the ICRW-US office. In this capacity, she leads the institution’s formulation of evidence-based policy recommendations and oversees ICRW’s advocacy efforts with the U.S. Government and globally. She is an adjunct professor at the George Washington University, where she teaches a graduate level course on women’s rights advocacy.

Lyric is a member of the Council on Foreign Relations Advisory Committee on Advancing Gender Equality in Foreign Affairs and coordinates the Global Partner Network for Feminist Foreign Policy and the Coalition for a Feminist Foreign Policy in the United States. Lyric serves as Vice Chair of the North Carolina Council for Women, to which she was nominated by Governor Roy Cooper; she is also on the board of the advocacy organization North Carolina Women United.

Lyric is on the Editorial Board of Apolitical and writes regularly on gender and foreign policy for such outlets as the New York Times, Foreign Policy, Devex, Ms. Magazine, The Hill, Thomson-Reuters Foundation, and openDemocracy.

Education: Lyric is a Phi Beta Kappa alumna of the University of North Carolina at Chapel Hill and a graduate of the Bard College Program on Globalization and International Affairs.
Languages: English (native); Spanish (proficient)
Contact: + Email Me